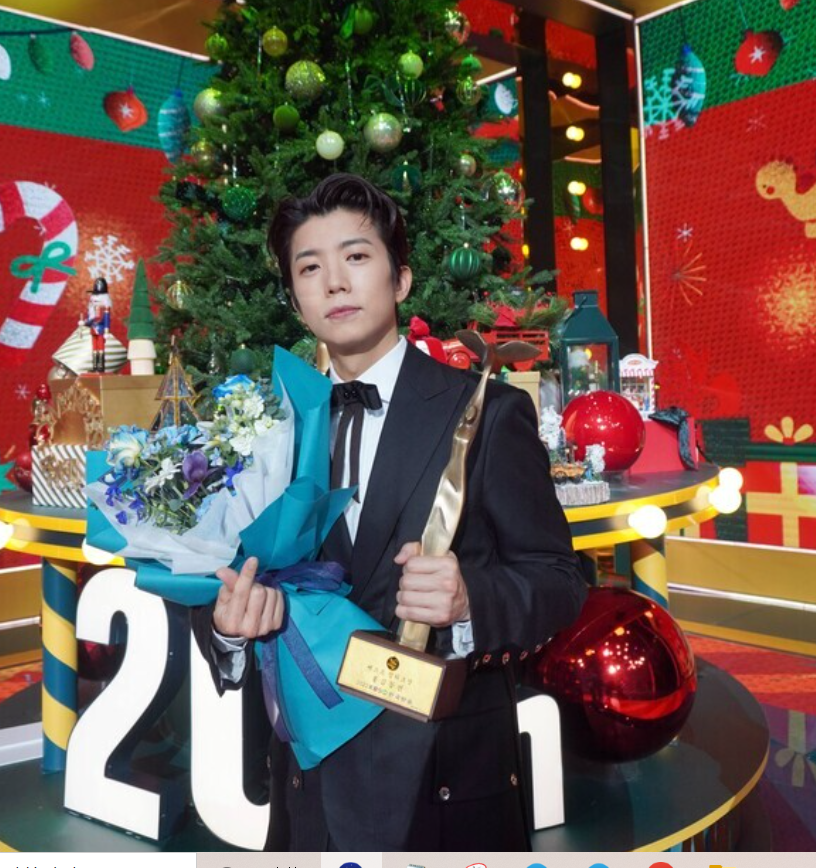 Woo Young of the group 2PM has been active as an “entertainment jewel” in various programs this year, raising expectations for the new year’s move.

Woo Young captivated viewers by appearing in various entertainment programs in 2022. Earlier in August, he appeared as a special MC for SBS’s “My Little Old Boy” and showed excellent teamwork with the panels, and drew attention by playing his role with his witty speech.

Mnet’s “Street Man Fighter” (hereinafter referred to as “Smanpa”), which ended in November, showed off its presence as a dancer. Woo Young drew attention as a “Smanpa” fight jersey by working hard on programs such as meticulousness that knows the strengths of each crew and each member, and serious evaluation based on knowledge of dance.

Moreover, he always cheered and enjoyed dancing sincerely on the stage of the cast, and the aspect of a true dancer who spared warm advice and support from the participants outside the set was greatly loved, and achieved a successful conclusion in the favorable reviews of “a perfect fight jersey.”

Recently, he has been meeting with viewers every Sunday night through KBS2 entertainment program “Hong Kim Dongjeon.” Woo Young is attracting fans by giving both laughter and emotion, adding to the fun of watching with his colorful makeup and punishment, and his witty talk, and showing tears in the episode on the 18th about an unknown actor Han’s heartfelt story about his wife.

In particular, Woo Young is said to have been reborn as an entertainment trend by spouting chemistry with the members of “Hong Kim Dong-jeon” with sometimes warm and sometimes quarrelsome fantastic tiki-taka. At the 2022 KBS Entertainment Awards held on the 24th, the “Hong Kim Dong-jeon” team won the Best Teamwork Award and re-proven the charm of the “chemistry master” that naturally melts anywhere. Woo Young said on his personal SNS channel, “I was truly happy to meet ‘Hong Kim Dongjeon’ in 2022, and I am deeply grateful that I can be with everyone.” I will work harder next year. “I love you all a lot,” he said.

Woo Young’s 2022 was full of love for his fans as well as entertainment activities. 2PM member Jun.K (JUN) on April 30th and May 1st. K)Along with, he held a fan concert “115430” and made unforgettable memories by facing fans for the first time in a long time and performing an exciting stage. In addition, through its own content “Jangnyang” on 2PM’s official YouTube channel, it shared small daily lives such as going to work, camping, and shopping, and filled the 2022 years of HOTTEST (fandom name, HOTTEST) with steady fan communication.

Woo Young, who has worked as an “all-round entertainer” across fields such as singers, dancers, and entertainers, is expected to continue his momentum and continue to perform his activities in 2023 and entertain the public’s eyes and ears.