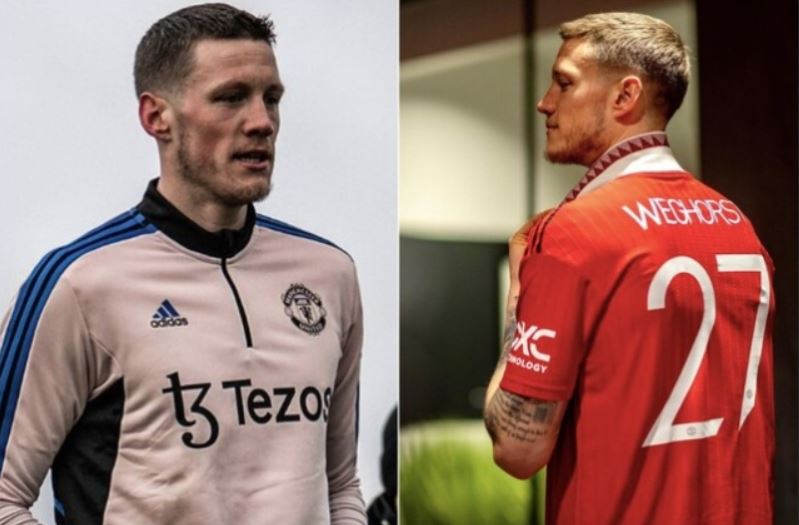 A Manchester United freshman who received ’27’ said to his former owner, “Can I use this number?”

Before being given the uniform number 27, Bootberhost asked former owner Alex Teles for permission.

Manchester United, which sent Cristiano Ronaldo, has found a replacement. The main character was Berhost, who was from the Netherlands and scored multiple goals in the quarterfinals against Argentina at the last Qatar World Cup. As a 197cm tall striker, he is expected to be in charge of Manchester United’s lack of provisional power and finishing. Manchester United said on its official website on the 14th (Korea Standard Time), “Verhost joined Manchester United. It is in the form of a lease and the contract period is until June,” he said.

Having joined Manchester United, he met his teammates after arriving at the training ground. After training ahead of the Crystal Palace match, he headed to London. “Verhost arrived at Manchester Airport in Christian Eriksen’s car,” the British media Daily Mail said. He will not start due to performance problems, but he is likely to be used as a joker in the second half.

Verhost will play with his uniform number ’27’. This is because the numbers 9 and 10, which symbolize the striker, belong to Anthony Martial and Marcus Rashford, respectively. Nevertheless, he was satisfied. Verhost said, “I tried to get an empty back number. Number 27 is good too. This is because the sum of 2 and 7 makes 9. “Number 27 is also a striker’s number,” he said.

This season’s 27th was vacant, but it was a number that ‘fullback’ Teles wore until last season. He left for Seville this season, but as he is on loan, he has to return to Manchester United after this season.

As it was the owner’s number, Berhost asked Teles for his understanding before attaching the uniform number. He said: “I was told that number 27 was Teles’ number. So I contacted him first and asked for his permission. He told me it was okay.

“I said to the club that such a process is very important and there is no problem at all because Teles willingly allowed it.” Now 27 is my number. I feel really good,” he said, expressing expectations.