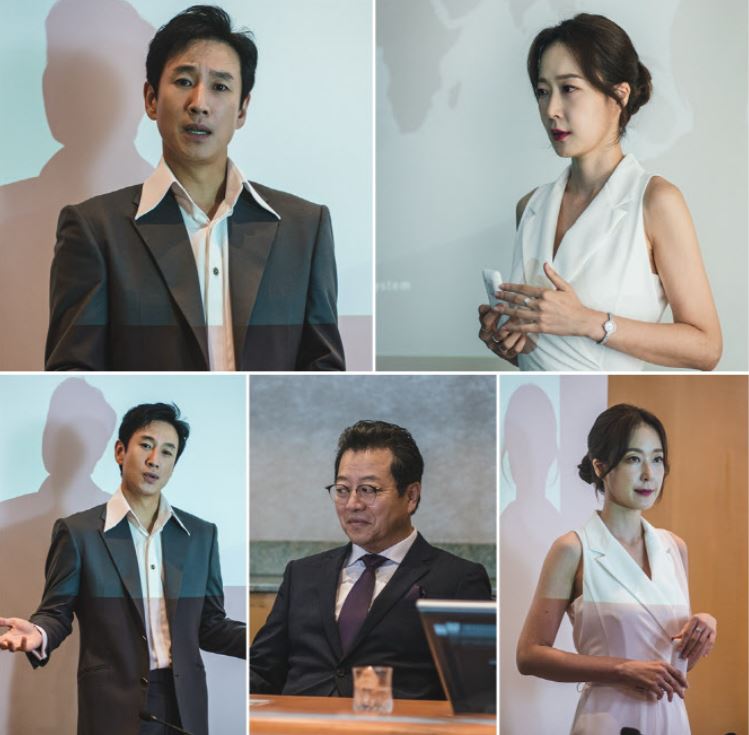 Actor Lee Sun-kyun X Kim Hye-hwa in the drama “Beop Tran” was fascinated by Lee Ki-young…Do you think we’ll get my revenge?

SBS Friday-Saturday drama “Beop Tran” (written by Kim Won-seok, produced by Lee Won-tae, Red Nine Pictures) is a refreshing revenge play between “money seller” Eun-yong and “law engineer” Joon-kyung, who fight against the cartels of “Beop” and “Jean.” In the last broadcast, Eun-yong (Lee Sun-kyun) implemented his own method of revenge in earnest, taking the two’s close aides with “Tan” with the goal of taking life-like money from Chairman Myung In-joo (Kim Hong-pa) and power from Hwang Ki-seok (Park Hoon).

In particular, when Eun-yong’s first plan turned out to be the betrayal of Oh Chang-hyun (Lee Ki-young), a key figure in the prosecution’s connection, he launched Plan B, which approached Hwang Ki-seok and Baek In-soo (Kwon Tae-won) with his partner Hong Han-na (Kim Hye-hwa). Eun-yong’s strategy to target the “enemy enemy” was 100% correct, and Park Joon-kyung (Moon Chae-won) and Baek Eui-won succeeded in holding an emergency press conference on election intervention, and the ending of Park Joon-kyung sending a declaration of war to Hwang Ki-seok was shown.

In the fifth episode of “Beop Tran,” which airs on the 20th, actors Lee Sun-kyun and Kim Hye-hwa once again show a fantastic partnership, giving a thrilling pleasure. In the drama, Eun-yong and Hong Han-na gather Oh Chang-hyun and other influential prosecutors in the meeting room of the Supreme Prosecutors’ Office and make a PPT. Eun-yong overwhelms the crowd with her powerful voice and tone, relaxed gestures and sharp speeches, and Hong Han-na also leads the immersion with her sharp charisma and clear presentation skills.

All of the prosecutors, who were accustomed to the two’s speech, slowly stir up agitation, and in particular, Oh Chang-hyun, who is looking around, immediately smiles with satisfaction, causing curiosity. It is curious to know why Eun-yong met Oh Chang-hyun, who betrayed him, again, and what the announcement of the two people who made the powerful figures who had nothing to fear in the world.

The production team said, “There is a lot of response from viewers to the relaxed and sharp actor Lee Sun-kyun and Kim Hye-hwa, who are outspoken and outspoken, forming a strange chemistry,” adding, “We look forward to their fantastic chemistry and acting with villain Lee Ki-young.”

Meanwhile, the fifth episode of the SBS Friday-Saturday drama “Bukjeon” will air at 10 p.m. on the 20th.