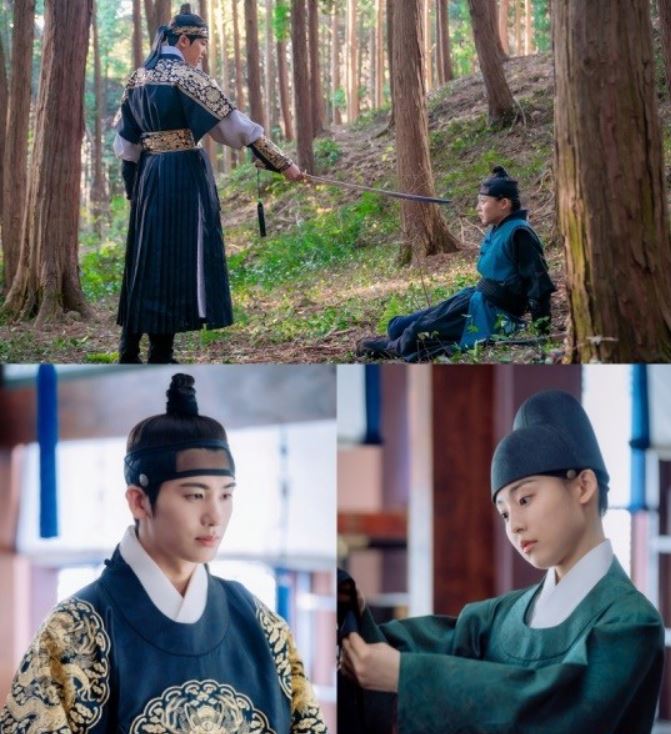 tvN’s new Monday-Tuesday drama “Youthwoldam,” which will premiere on February 6, is drawing attention with a two-shot still that contains the extreme temperature difference between Lee Hwan (Park Hyung-sik), a man who will clear the charge, and Min Jae-yi (Jeon Son-ny), a woman who will release the curse.

The released still shows Lee Hwan and Min Jae-yi, who can feel the opposite atmosphere, such as aiming a knife and wearing clothes. In particular, Min Jae-yi disguised himself as a suspect in the murder case to avoid being wanted. There is a chill around Lee Hwan, who flashes his eyes as if he is penetrating her reality. Even pointing a knife at Min Jae-yi, the two men and women are tense.

Lee Hwan, who was showing caution toward Min Jae-yi, is suddenly being taken care of by her, leaving a question mark. Min Jae-yi, who is wearing an inner robe, is sticking close to Lee Hwan by pouring tea while tying his clothes. Lee Hwan, who has a feisty personality and changes the inside of Donggung Palace every day, adds to the curiosity of why he has Min Jae-yi, a suspect in the murder case, next to him.

At the same time, attention is also drawn to how Min Jae-yi, who is on the run, faced Lee Hwan. In a situation where the eight provinces of Joseon were noisy due to the murder of a family, the palace with many people must have many dangerous factors. Nevertheless, why do they follow Lee Hwan’s side like a shadow?

As such, “Youth Woldam” presents a different romance as Lee Hwan and Min Jae-yi, who are on a tightrope between faith and distrust, work together to find the hidden truth against the bond of fate. Attention is focusing on whether the two men and women, who show extreme temperatures like summer and winter, will be able to save each other.