Ahn Young-mi said, “My husband is in Mi-mi, but my wish every 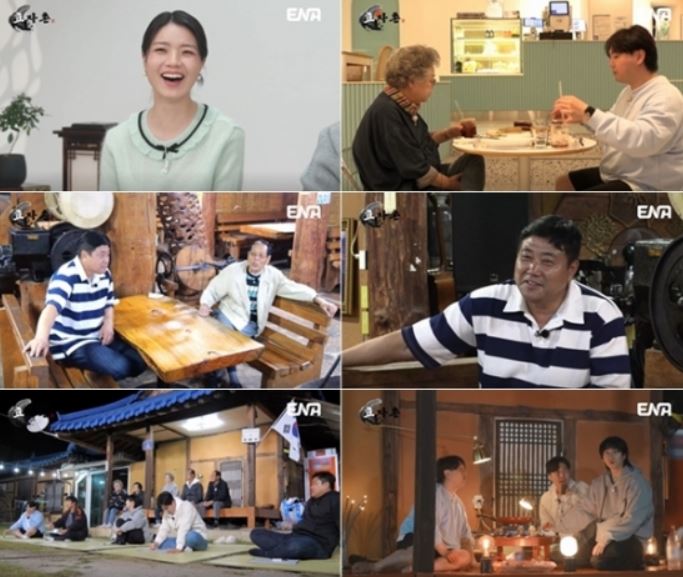 Ahn Young-mi said, “My husband is in Mi-mi, but my wish every year is to get pregnant.” the fulfillment of one’s wishes

In the sixth episode of the ENA entertainment program “Hyoja Village,” which will air on the afternoon of the 8th, “Hyo outing” given to the winners of the “Hyoja Arcade” will be held.

Before looking into the filial piety village, the MCs will make their wishes come true for the 2023 New Year. First of all, Ahn Young-mi said, “I have a wish that I make every year. It’s pregnancy. “My husband is in the United States, but by all means…,” he said, expressing his earnest desire.

This is all the more eye-catching because Ahn Young-mi recently announced the good news that she succeeded in pregnancy. Ahn Young-mi, who got married in 2020, recently reported her pregnancy after three years of marriage. The baby is due in July.

Defconn also said, “I hope to get married this year. “I want to escape (single) because I feel like I’m sinning against my parents,” he said, receiving fierce support from Ahn Young-mi and Yang Chi-seung with a wish like an MC of “Hyoja Village.”

After the MCs’ wishes are revealed, Yoo Jae-hwan’s appearance of “Hyoja Village” will be revealed. Yoo Jae-hwan’s mother and son, who are on a “hyo outing,” go to a cafe, not a restaurant, and order a lot of “sweet snails.”

MC Yang Chi-seung, the ‘calorie judge’ who saw this, sighs, “Is that a meal?” Meanwhile, during the conversation, Yoo Jae-hwan’s mother said, “I couldn’t marry you. To be honest, I wondered if this was a human being,” he said, expressing his concern, raising curiosity.

On the other hand, Yang Joon-hyuk and his father head to a spicy fish stew restaurant in Sogari, a famous Danyang restaurant, and have a proper meal. However, Yang Joon-hyuk’s father makes his son dizzy by saying during the meal, “If he had married early, he would have created a big star as big as Lee Jung-hoo.” Yang Joon-hyuk tries to soothe his father’s heart, saying, “You have to live until your grandchild plays professional baseball,” but his father is angry and makes him laugh.

Later on the night after the filial piety outing, the sons of the filial piety village have a midnight drinking party. At this time, a “lie detector” appears and overturns the scene, and expectations are high on what secrets will be revealed in the drinking “Truth Game.” It airs at 7:40 p.m. on the 8th.