Ailee One, the visual that came out of fairy tales… 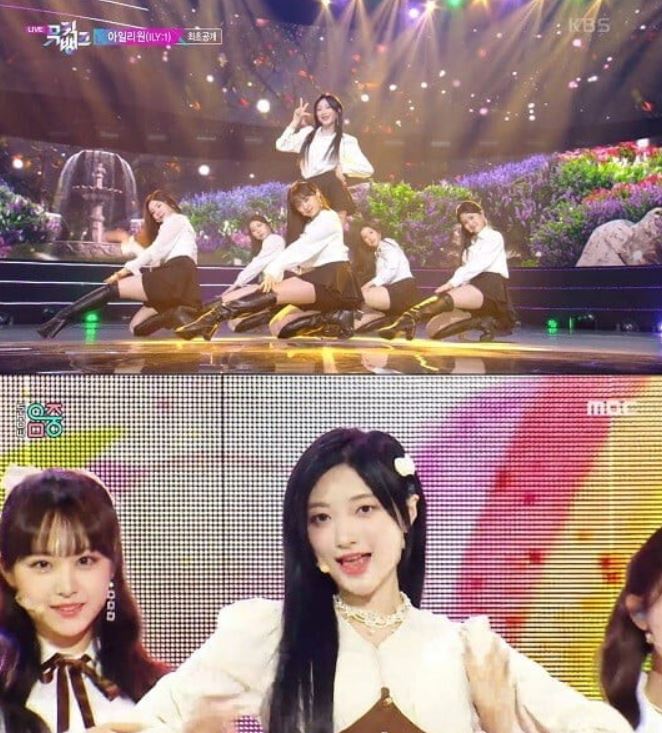 Ailee One, the visual that came out of fairy tales…I’ve captured three terrestrial broadcasters.

Starting with KBS2’s “Music Bank,” which aired on the 6th, Ailee One (Ara, Lyrica, Hana, Rona, Nayu, and Elba) appeared on MBC’s “Show Music Core” on the 7th and SBS’ “Inkigayo” on the 8th, performing the title song “Twinkle, Twinkle,” the first mini-album.

Ailee One, who appeared on a music program representing the three terrestrial broadcasters and held a comeback ceremony, caught the eye with a visual fresh from a fairy tale.

Even though it has been a long time since a music show stage, Ailee One brightened the studio with its unique solid performance and lively stage manners. In particular, the emotional melody line of “Star Flower Fairy Tale,” the fresh vocals, and the innocent visuals of the members who rose even more were enough to steal fans’ hearts.

Viewers who watched Ailee One’s comeback performance on music shows said, “It feels like I traveled in a fairy tale for a while,” “I think the concept of the title song fits well,” and “Go, innocent fairy Ailee One!” It continues to receive favorable reviews such as “This song is really good.”

The first mini-album “A DREAM OF ILY: 1,” released on the 5th, is an album that depicts the dream of Ailee One that does not lose hope even in the dark. The title song “Star Flower Fairy Tale” is a song about young stars hiding in the secret garden that do not lose hope and finally bloom into bright flowers, and the warm vocals and cheering messages from the members are captivating listeners’ eardrums.

Meanwhile, Ailee-One will continue to communicate with fans around the world by appearing on “Idol Radio Season 3,” co-produced by MBC Radio and global fandom platform Universe, which will air on the evening of the 9th.