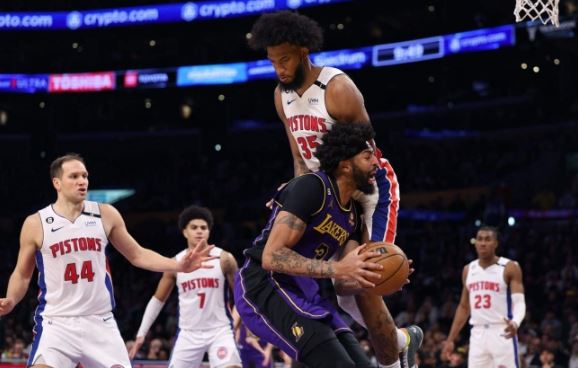 The Lakers (5 wins and 10 losses), who have won three consecutive games, set the stage for a mid-range leap forward.

Davis played a leading role in the victory with 30 points and 18 rebounds, while Austin Reeves (21 points, 2 rebounds and 3 assists) and Russell Westbrook (10 points, 4 rebounds and 10 assists) also helped.

On the other hand, San Antonio (6 wins and 12 losses) continued to stay in the bottom ranks with five consecutive losses due to the defeat.

Devin Vasel fought hard with 17 points, four rebounds, and four assists, but bowed his head without stopping the Lakers’ attack.

The Lakers, who finished the first half with a 66-48 lead, gained more momentum in the second half.

Davis continued his scoring streak under the net, and Westbrook and Reeves played across the interior and exterior.

With Patrick Beverley’s three-point shot, the Lakers virtually booked the victory by finishing the third quarter 95-67.

From the middle of the fourth quarter, the Lakers kept the lead while leaving out their main players and giving bench members a chance, and won a big victory by 31 points.