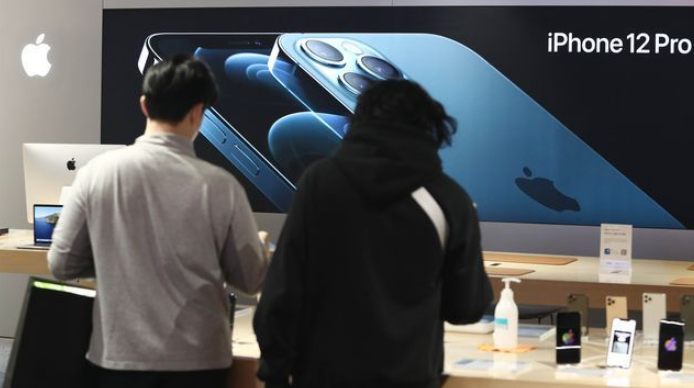 Apple is going to expand its partnership with LG Electronics, which withdrew its smartphone business, and start targeting the domestic smartphone market, which is Samsung Electronics’ “home turf.”

According to industries on the 1st, Apple will start selling self-sufficiency models of iPhone at LG Best Shop, a distribution store of LG Electronics, within this month. Apple has only sold models of ‘iPhone’ telecommunication companies at LG Best Shop stores since August last year.

Apple’s decision is interpreted as an attempt to expand its market share against Samsung Electronics, the No. 1 smartphone market in South Korea. This is because Apple, which has a small offline distribution network in Korea, can improve consumer accessibility by using LG Best Shop located in various parts of the country as a sales base.

In addition, it is believed that it is targeting the fact that self-sufficiency terminals are gaining popularity in the smartphone market recently. More and more users are purchasing affordable long-term evolution (LTE) USIM plans and self-sufficiency models of affordable phones, especially those in their 20s and 30s.

An industry official said, “At first, LG Electronics and Apple agreed to sell only iPhone carriers’ models, but we know that they decided to sell self-sufficiency models through a recent additional agreement.”