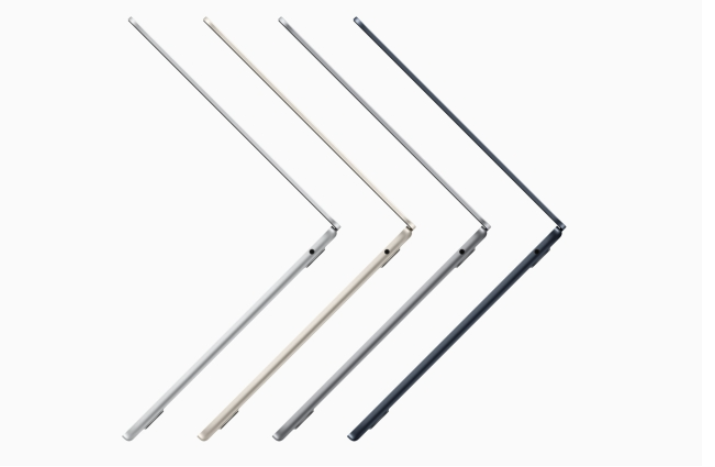 MacBook Air, which appeared in the document envelope, was newly revived with a monster chip.

Apple held its annual developer event, “World Developer Conference” (WWDC 2022) on the 6th and unveiled its next-generation silicon chip “M2.” It has been a year and seven months since the announcement of its first self-designed chip ‘M1’. It also introduced ‘MacBook Air’ that applied this.

At WWDC, an event for developers, Apple’s ecosystem software-related announcements are the main focus. However, hardware products attracted the most attention at this year’s event. In particular, Apple’s next-generation silicon chip “M2” drew attention.

According to Apple, this M2 provides 18% CPU and 35% GPU performance improvement compared to M1. In the case of Neural Engine, a neural network processing unit (NPU) optimized for artificial intelligence (AI) operations, the speed has improved by 40%.

The second-generation 5-nanometer technology was used to design the M2’s system-on-chip, and 20 billion transistors, which are 25% larger than M1, were used. Through this, memory bandwidth expanded by 50% compared to M1 It also supports up to 24GB of high-speed integrated memory.

Apple emphasized that compared to the latest 10-core PC laptop chip, the CPU and GPU provide twice and 2.3 times the performance compared to the power efficiency of the M2.

The MacBook Air was redesigned. It abandoned the “wedge” design, which used to symbolize MacBook Air, and adopted a flat design similar to MacBook Pro. It is 1.13 centimeters thick and weighs 1.24 kilograms, and has an aluminum unibody exterior. It is also characterized by a noise-free “fanless” design like the previous model with M1 chips.

Colors have also diversified. Two new colors such as Midnight and Starlight have been added to the existing Silver and Space Gray.

The screen grew to 13.6 inches. As notch design was applied like MacBook Pro, 1080p camera was hidden at the top of the display. It also provides 500 nits of brightness that is 25% brighter than before.

In addition, a four-speaker sound system is applied, and it supports two Thunderbolt ports, a 3.5mm audio jack, and up to 18 hours of battery usage time, including MacSafe charging.

MacBook Pro 13 with M2 chips was also unveiled. The MacBook Pro, which has improved performance while maintaining its existing design, provides 40% faster driving speed than its predecessor when running high-end games. The battery provides up to 20 hours of use.

The much-anticipated augmented reality (AR) and virtual reality (VR) headsets were not released. As Apple is recently conducting internal tests on AR and VR headsets and reportedly demonstrated them at the board of directors, some predicted that the product would be unveiled at this WWDC. 파워볼사이트

Just before the announcement, the U.S. IT media “The Verge” pointed out, “We should not expect AR and VR headsets to really appear.”