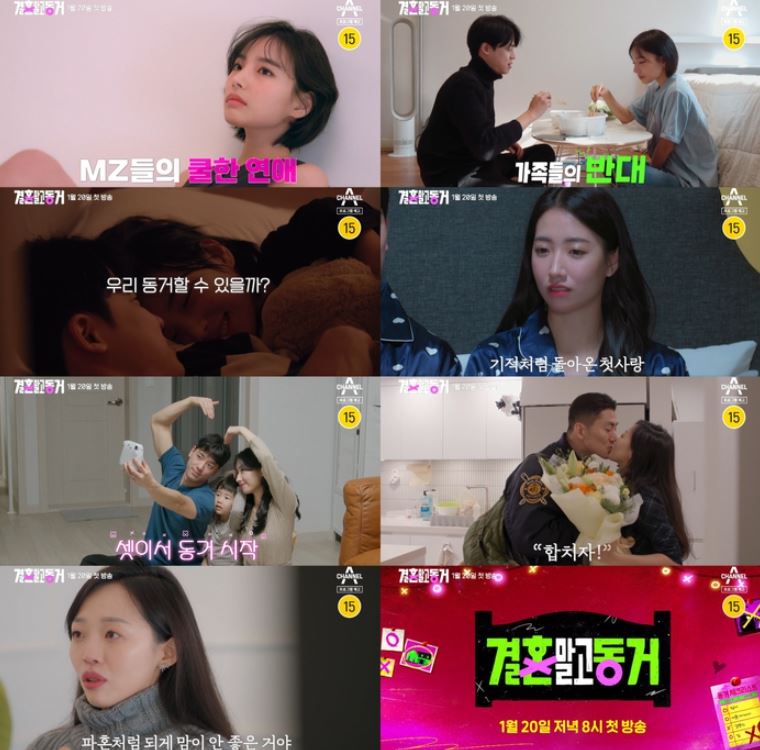 Bae Soo-jin starts living with his first love (not marriage, living together)

Bae Soo-jin turns around and meets her first love again.

Channel A’s “Living Together, Not Marriage,” which is set to premiere on the 20th, stole the attention with a teaser that gives a glimpse of the love story of burning, comfortable, or realistic lovers. The couple’s first roommate boldly said, “Living together is a prerequisite,” but Dong Gun-nam, a ‘religious man’, said, “Living together? “I can’t imagine it,” he said, showing a difference of opinion. The roommate said, “Isn’t it better to spend more time with me? As long as you’re okay. “Aren’t we going to get married anyway?” he said, adding, “I’m advocating for cohabitation.”

On the other hand, Dongnagom expressed a negative opinion, saying, “There is opposition from my family, and my eyes are not good,” and added, “I think it is the biggest crossroads of my life.” In response, the cohabitant said, “You didn’t live that much life. “Do you not want to live with me?” he pushed his boyfriend. It raises questions about whether a cool MZ-generation couple with different ideas about living together will be able to start living together.

The second couple stole the attention with the appearance of “single mom” Bae Soo-jin, who miraculously started living with her first love. Bae Soo-jin’s Dong-gunom expressed his thoughts on her, saying, “I think it’s my first love,” and Bae Soo-jin also said, “I met her for about a year and broke up with her. “I can’t believe we met like this in a roundabout way,” he said, expressing his extraordinary emotion. The two spent a short time playing around, and their house of residence featured the young son of Bae Soo-jin, another “roommate.”

The happy daily lives of the three passed with Bae Soo-jin’s comment, “I never imagined the three families.” After putting the child to sleep, Bae Soo-jin and Dong Gun-nam spent time alone, and Bae Soo-jin smiled, saying, “I’m really happy.” But when the child woke up and found his mother, there was a cry of “Ah… I’m so tired.” Attention is focusing on how the direction of cohabitation between the three of “Mom” Bae Soo-jin, young son, and “Mom’s boyfriend” will flow.

The last couple’s roommate expected a happy cohabitation love story like a movie, saying, “We’re together on weekends, and we’re together on weekdays because we’re working, and we decided to just combine them.” However, in the ensuing scene, the cohabiting woman asked the question, “Do we use this for our living expenses?” and Dong-Gong-am replied, “Of course! Let’s use it for living expenses.” The cohabiting woman, who seemed to feel something uncomfortable, shed tears in the ensuing scene, saying, “I felt really bad like a breakup.” While the cohabitation woman, who faced reality, showed a mixed appearance, saying, “Can I handle it in the future?” attention is being paid to what kind of story it will be about the 24-hour close cohabitation of lovers in “Romantic Reality.”

Living Together, Not Marriage, will be available on Friday, January 20 at 8 p.m. for the second consecutive episode.