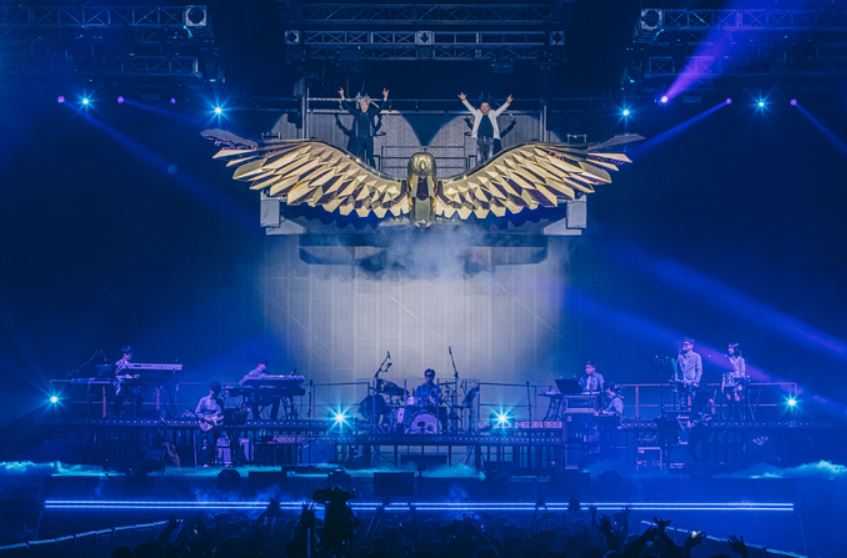 KBS Seoldae’s Songgolmae Concert “Flight in 40 Years” received favorable reviews for making viewers’ memories in progress with the highest viewer rating of 7.9% (Nielsen, based on the national standard).

Bae Chul-soo and Koo Chang-mo, who were the icons of Songgolmae, who gained the most popularity in the 1980s and brought rock music to the mainstream genre, appeared on a TV show together for the first time in about 40 years, drawing more than 5,000 viewers’ expectations even before the broadcast.

Along with middle-aged audiences who lived in the same era as the band Songgolmae, the show, which was easily met by audiences in their 20s and 30s, was praised as a generational integration broadcast that combines audiences of various genders and ages.

The performance, which began with an intro video reflecting the history and achievements of the band Song Gol Mae, along with a huge golden sculpture, drew huge cheers as if it had turned the clock back to the 1980s as the guitar riff of their immortal hit song “My Love by Chance” flowed.

He then performed the essence of “Legendary Group Sound” music by continuously playing the late Songgolmae’s signature song, “The First Time I Saw,” “A Light,” and Koo Chang-mo’s solo hit, Wandering. He also sang Koo Chang-mo’s “Cloud and I” (Black Tetra from Hongik University), the first TBC Beach Song Festival that the two first met in 1978, and Bae Chul-soo’s “I Live Without Knowing the World” (a runway at Korea Aerospace University), and received great response from the audience.

In this broadcast, various guests appeared directly or indirectly, adding to the attractions. EXO Suho, who released Songgolmae’s representative song “I Will Love You All” in a rock ballad style, actor Lee Sun-kyun, who made headlines by singing “Far Away” in the drama “My Mister,” and Jang Ki-ha, who said he was greatly influenced by Songgolmae since the days of the band Jang Ki-ha and faces, appeared on the stage.

Actor Lim Ye-jin also made a surprise appearance and told the story of writing “Dear Baby,” while actor Yoo Hae-jin and band Jannabi’s Choi Jong-hoon revealed in a video interview that Songgolmae’s charm is “a wild day” and “a pleasant baggyness.”

The band Song Golmae sang the hit songs that dominated Korean music history in the 1980s for more than two hours, and the two veteran rockers showed an unwavering performance. In particular, Koo Chang-mo showed more skilled singing skills than the high notes and voice of his heyday, and once again showed off his robustness as a musician, drawing admiration.

KBS’s grand plan, which has been well received by musicians such as Na Hoon-ah, Shim Soo-bong, and Lim Young-woong, was evaluated as “a broadcast that can bring out the passion of the middle-aged generation in the music scene, where trot and idol music are divided, as Korean rock legend “Songgolmae” took the stage.