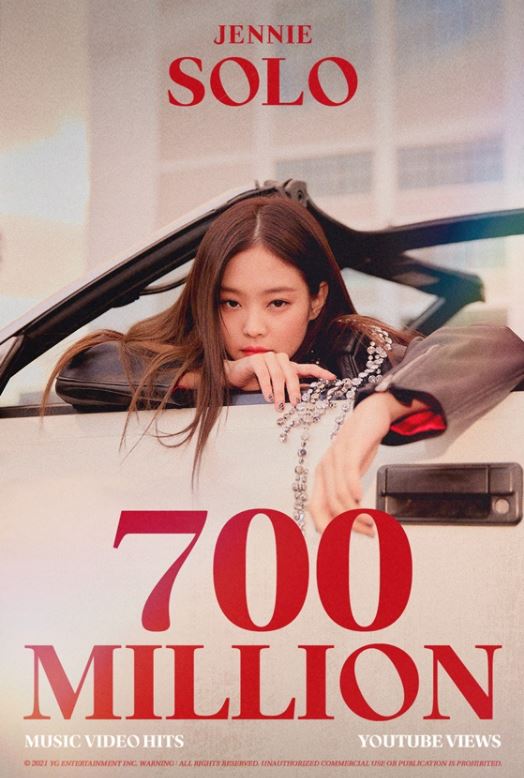 According to his agency YG Entertainment on the 9th, Jennie’s music video for her solo song “SOLO” surpassed 700 million views on YouTube at 3:50 p.m. on the same day. It has been about two years and nine months since it was released on November 12, 2018.

“SOLO” received a lot of love from global fans for its direct and honest lyrics of the beautiful code of the introduction, a concise melody line, and a confident aspect that is not bound by sadness even after parting.

As soon as the song was released, it topped the charts in real-time, daily and weekly music sites in Korea, achieving the so-called “Perfect All Kill.” It also topped iTunes in 40 countries, ranking first on the iTunes Worldwide Song Chart and top 10 on iTunes in the U.S. for the first time as a Korean female solo artist.

A total of 29 videos of BLACKPINK’s billion views, which Jennie belongs to. The number of subscribers to BLACKPINK’s official YouTube channel is currently 63.8 million, the world’s No. 1 female artist. The gap with Justin Bieber (64.6 million) is about 800,000 people.