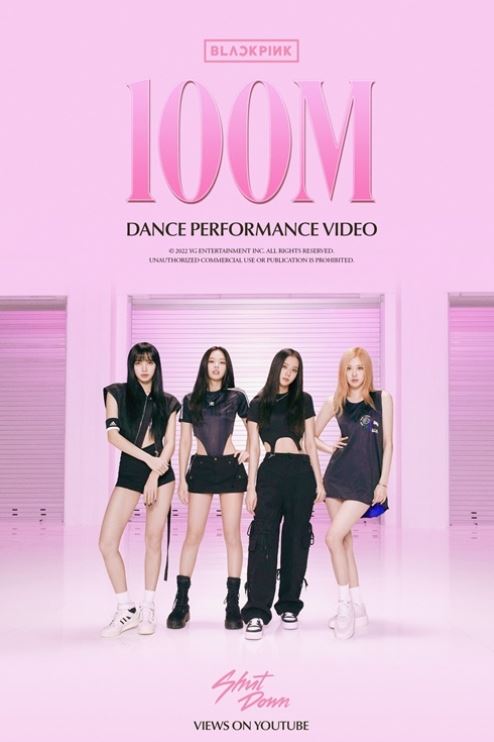 According to YG Entertainment on the 23rd, BLACKPINK’s “Shut Down” choreography video exceeded 100 million views on YouTube at 9:18 a.m. that day.

It has been 126 days since it was released on September 19. The video recorded 10 million views in half a day, topping the list of “the most viewed video in 24 hours on YouTube.”

As a result, BLACKPINK has a total of 39 billion-view content. Based on the dance video, it’s the 15th one.

Along with the music video, the explosive views of the choreography video make global fans realize their keen interest.

BLACKPINK’s “Shut Down” is a hip-hop song that samples Paganini’s “La Campanella.” Circle

The sharp violin performance of the song and heavy beats were combined to give listeners a thrilling pleasure.

The members’ solid vocals and dynamic rapping were praised for maximizing the mysterious charm of the song by decorating it.

He has recently moved to Asia to meet fans, and will be on stage as a headliner at the “Coachella Valley Music and Arts Festival” in the U.S. in April and the “Hyd Park British Summer Time Festival” in July.