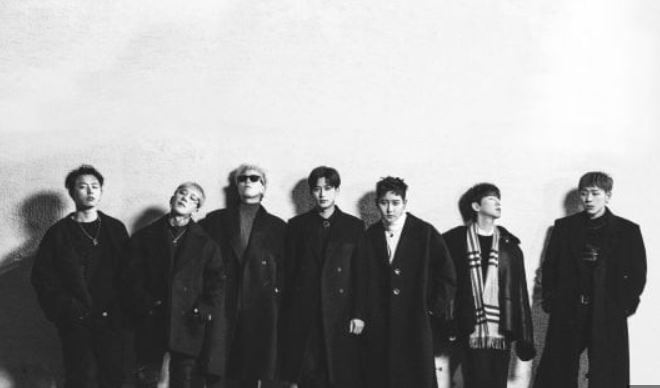 Block B Jae-hyo, B-beom, and Kwon terminated their exclusive contracts with their agencies.

The agency Seven Seasons announced through the fan community, “After a long discussion with Block B members Jaehyo, B-beom, Kwon, and future activities, we agreed to terminate the exclusive contract at the expiration of the contract period.” However, the members Taeil and Park Kyung are expected to join the current agency.

Finally, the Seven Seasons said, “We deeply thank Jaehyo, B-beom, and Kwon for being with us for a long time.”

Here’s the full text of the Seven Seasons entrance.

After a long discussion with Block B members Jaehyo, B-beom, Kwon, and future activities, we agreed to terminate the exclusive contract upon the expiration of the contract period.

We would like to express our deep gratitude to Jaehyo, Bibum, and Kwon for being with us for a long time, and we will sincerely support your future activities.

Also, we ask for your constant love and encouragement to the three people who are about to start a new start.

Lastly, I will leave a brief story about the group Block B.

A nickname that has been used since its debut is Bulnakji.
Except for P.O. born in 1993, Kwon, Park Kyung, and Zico were born in 1992, while Taeil, B-beom, and Jaehyo were born in 1990.
All the members are Korean.
It is a group that is famous for not taking care of its image. He has been making many ugly pictures since his debut. I keep crumpling my face everywhere. As the military white flag began, making ugly pictures decreased, but now fans usually make ugly pictures with screenshots.
The order in which the members gathered is Zico, Park Kyung, U-Kwonor Pio, Jaehyo, B-beom, and Taeil. It is usually said that it is the order of joining the company, but Zico and Park Kyung returned to Korea at the suggestion of Zico, who passed the audition first, and P.O. is ambiguous to say that it is the order of joining the company because Zico and Park Kyung auditioned as judges at karaoke. What is clear is that the team was designed around Zico, and Zico’s authority was strong.
It was a group produced by Cho PD, a rapper and president of Brand New Stardom, and at that time, it put forward the concept of a hip-hop idol.
The club’s name is BB.C, short for Block B Club, and its nickname is honeybees or bees. Because of this, the official color is honey bee and the name of the light stick is honey stick.