Boston with Kluber.”How many innings.. 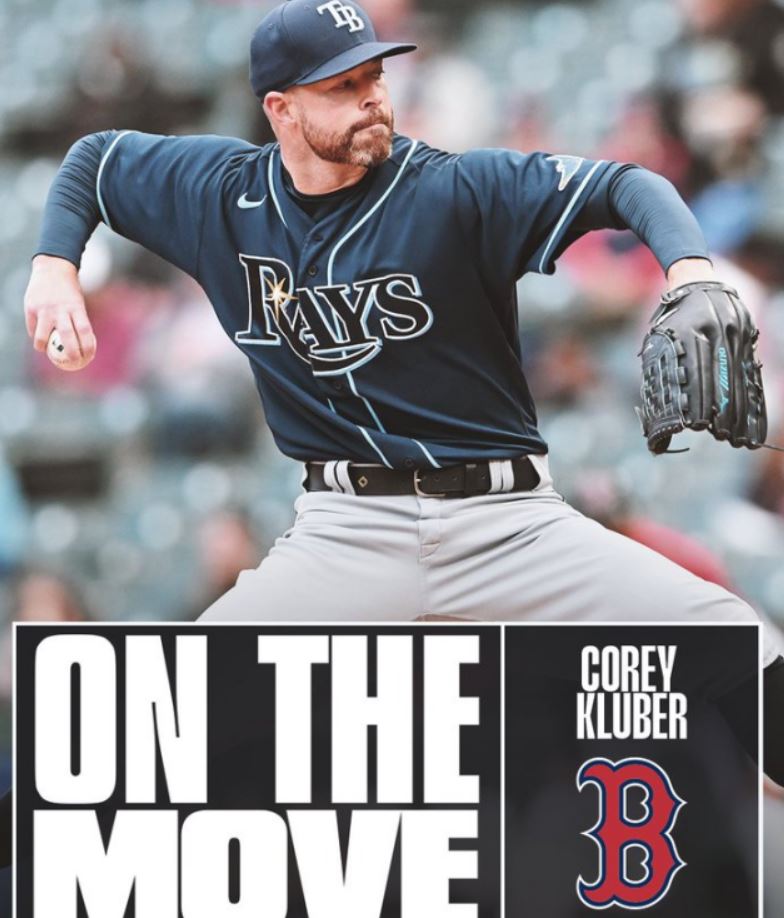 Boston with Kluber.”How many innings will he throw?” Durability with a question mark

“Realistically, how many innings can I throw?”

The Boston Red Sox succeeded in transferring the starting pitcher. On the 29th (Korea Standard Time), he signed a one-year, $10 million contract with veteran right-hander Corey Kluber. The deal includes an option for the club to choose a $11 million contract in 2024.

Earlier, Boston’s starting agents Nathan Evoldi and Rich Hill left for the Texas Rangers and the Pittsburgh Pirates, respectively. However, the recruitment of Kluber filled the gap to some extent. Plus bullpen Kenley Janson, Chris Martin, Joel Rodriguez, infielder Justin Turner and outfielder Yoshida By recruiting Masataka, he was eager to strengthen his power.

Boston, joined by Kluber, established a starting rotation consisting of Chris Sale, James Paxton, Nick Pivetta and Garrett Whitlock. On top of that, right-hander Brian Bello, who showed his potential this year, is also considered a starting candidate.

However, there is a question mark on the durability of Kluber, Sale and Paxton, who will be responsible for the top starters.

“MLB.com” said, “Cluber will join the rotation that includes Sale and Paxton, who have suffered from injuries in recent years,” adding, “Both Sale and Paxton will start the spring camp in good health.” But the problem is, considering that they haven’t been on the mound often in the past three seasons, how many innings can they throw in real life?” he doubted.

Kluber played the season normally this year, but he suffered arm and shoulder injuries for three seasons from 2019 and played only 116⅔ innings in 24 games. It is difficult to completely erase the anxiety about injuries.

Boston’s 2018 winner Sale has been virtually an out-of-power player for two years. He took the mound only in nine games last year due to elbow ligament joint surgery (Tommy Zone surgery) in 2020, and this year, he suffered a chest fatigue fracture, a pinky fracture, and a wrist fracture, making only two appearances. Eleven appearances in two seasons were all.

Another left-hander Paxton is even worse. After achieving 15 wins in 2019, he has continued to go downhill. Paxton, who has been on the mound for five games due to an elbow injury in the 2020 season, has undergone Tommy John surgery since his first appearance last season. This year, he failed to take the mound at all, including a torn halo muscle. What Paxton showed for three years was pitching 21⅔3 innings in six games.

If Boston is aware of the instability, additional recruitment may be considered. The media said, “The recruitment of Kluber does not exclude Boston from recruiting another starting pitcher. Michael Waka, who played well in Boston this year, is still an FA,” he explained. Waka had 11 wins, 2 losses and a 3.32 ERA in 23 games.

Currently, in addition to Waka, there are Jack Greinke, Johnny Cueto, and Chris Archer in the FA market.