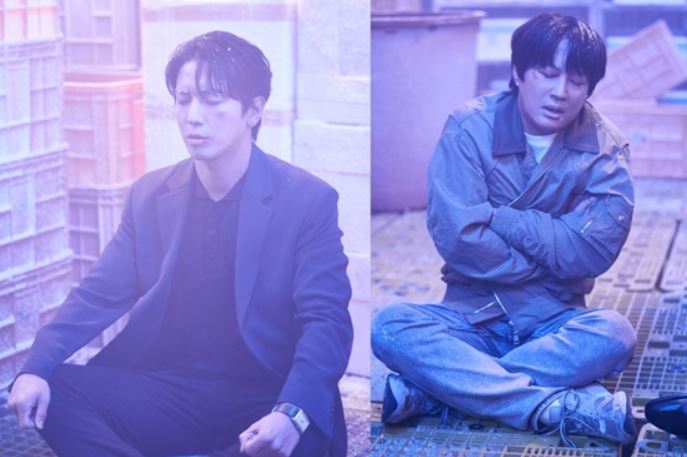 The scene of “Brain Cooperation” between Jung Yong-hwa and Cha Tae-hyun’s “Frozen Warehouse Pair” was unveiled.

In the second episode, brain neuroscientist Shin Haru (Jeong Yong-hwa) and detective Geum Myung-se (Cha Tae-hyun), who were anxious to eat each other, were shown in their first collaboration to solve the “Kim Jae-won death case.” The two quarreled, but they secretly helped when they were in danger.

The still cut released showed Jung Yong-hwa and Cha Tae-hyun sitting side by side with their faces full of frost in the freezer. This is a scene in which Shin Haru and Geum Myung-se are struggling to live in a cross-legged position.

Both Shin Haru and Geum Myung-se are showing signs of enduring the extreme cold, with frost forming on their eyebrows and heads in a situation where their faces are full of wounds.

The production team said, “The scene was really made by hard work for both actors and staff,” adding, “It was not an easy shooting, but it seems that the important scene, which is a turning point in the relationship between Shin Haru and Geum Myung-se, was highly completed.” “Please look forward to the really fun and dizzying chemistry between the two,” he said.