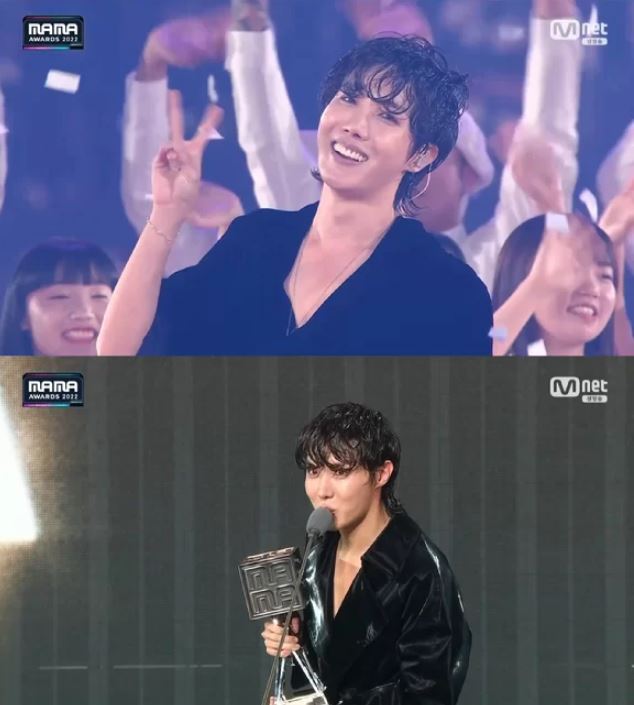 BTS J-Hope won 20 grand prizes for “MAMA” for 7 consecutive years. The topic of your honest thoughts

The group BTS has built the grand prize gold tower at “MAMA AWARDS” (hereinafter referred to as MAMA) for seven consecutive years.

BTS won trophies in six categories, including “MAMA Platinum,” “Singer of the Year,” “Album of the Year,” “World Wide Icon of the Year,” “Men’s Group Award,” and “Worldwide Fans’ Choice” at the 2022 MAMA held at Kyocera Dome in Osaka, Japan from the 29th to the 30th of last month. J-Hope also received the Most Popular Male Singer and the Bibigo Culture & Style Award, a special award.

After winning “The Most Popular Male Singer,” J-Hope said, “I will continue to show you J-Hope-like music.” I love you,” he said.

BTS J-Hope drew attention with his honest acceptance speech after winning “Singer of the Year” and “MAMA Platinum” on behalf of BTS.

BTS J-Hope said, “I think it was a year when seven grown-up people experienced growing pains again after suffering hardships and trials in 2022. While finding the best way in the situation, he also sang a song of hope, “The best moment has not yet come for you and us.” I boldly judged and acted in various categories, thinking that “in the end, we must be happy ourselves so that we can play fun music and provide happiness to you,” he said with a sincere heart that he had not delivered yet.

“This moment has come, I’ve come all the way here to continue to show my best, and the time has come to be together with faith. I don’t think BTS has shown such a great achievement this year. I will receive the “Singer of the Year Award” with humility and gratitude. “I’ll take it as a sign to finish the year well and receive it with gratitude,” he said.

Finally, he said, “I think all the members are growing according to their individuals by looking behind them and touching their roots one by one. RM’s album will be released soon, and I would appreciate it if you could cheer for the members’ individual activities and moves,” he said with tears in his eyes.

At the awards ceremony, J-Hope performed the double title songs “MORE” and “Arson” of his solo album “Jack In The Box” and the other songs “Future”. Like the message of “Jack In The Box” to spread J-Hope’s world, J-Hope filled the stage with his own color and overwhelmed viewers by emitting strong energy.