BTS Jungkook Gets Happy Birthday from Beyonce…The only Asian 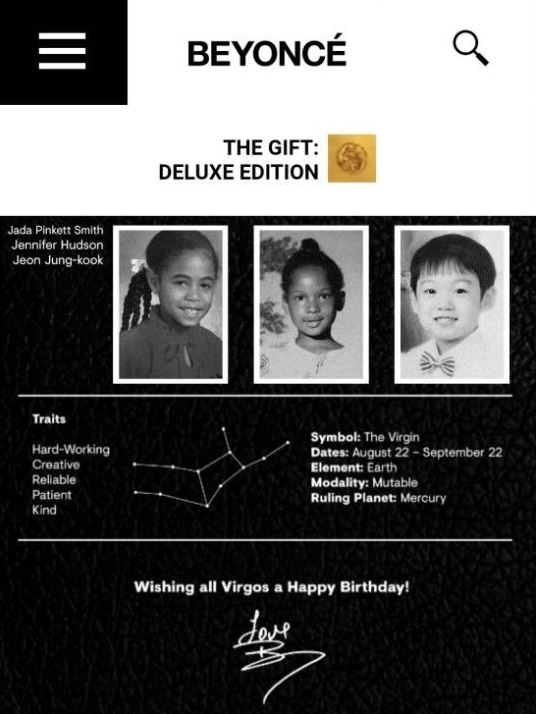 BTS Jungkook Gets Happy Birthday from Beyonce…The only Asian

In the almanac, 34 black-and-white childhood photos of the world’s top stars, politicians,

athletes and key figures born between August 23 and September 22 were posted.

Jungkook was the only Asian to be named. Jungkook’s birthday is September 1, 1997.

It was also reported by media outlets and broadcasts around the world, including Teen Vogue, Soompi,