Can Darvish save the crisis team? “I’ve changed.” 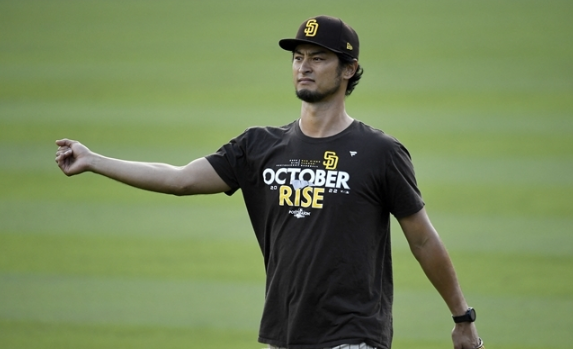 Can Darvish save the crisis team? “I’ve changed.”

While Japanese pitcher Darvish Yu (36, San Diego) was selected as the starting pitcher for Game 2 of the Division Series, he expressed confidence with jokes.

Darvish will start Game 2 of the 2022 postseason National League Division Series against the LA Dodgers at Dodger Stadium in Los Angeles on the 12th.

Darvish is the San Diego ace who recorded 16 wins, 8 losses and 3.10 ERA this season.

He took the mound as a starting pitcher in Game 1 of the National League Wild Card Series against the New York Mets on the 8th and won the victory with one run in seven innings.

We have to keep up the flow. Moreover, Darvish’s good pitching became urgent because the team lost the first game.

Dodger Stadium’s performance this season is one win, two losses, and a 3.32 ERA.

It is the first postseason stage in five years to take the mound at Dodger Stadium.

He took the mound in Game 7 of the World Series in 2017 wearing a Dodgers uniform and collapsed by allowing five runs in 1이닝 innings. The team lost 1-5 and missed the championship.

His opponent is Clayton Kershaw (34), the Dodgers’ eternal ace.

Regarding the starting match with him, he said, “I said the same thing when I faced Max Scherzer (38, New York Mets) before, but it is very honorable to deal with these pitchers.”

At the end of the press conference, Darvish turned the scene into a sea of laughter. What did he say?

In Game 3 against the Mets, there was a question about how the referee touched San Diego starter Joe Musgrove’s ear.

When asked, “What do you think if someone touches your ear?” he said, “I don’t care where anyone touches my ear or nose,” making the conference hall laugh.