Chelsea can’t sell it this time, MF with 1 year left in trouble contract 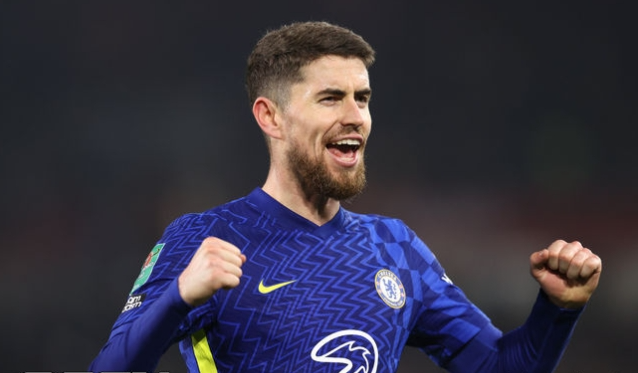 Chelsea can’t sell it this time, MF with 1 year left in trouble contract

Jorginho (31, Chelsea), who has a year left on his contract with Chelsea, has declared his stay.

“Gorginho wants to stay at Chelsea despite Juventus’ interest,” the Daily Mail said on the 5th.

“I have a year left on my contract with Chelsea, but I want to stay at Stamford Bridge next year,” he said.

He was disappointed with his lack of pressure-free skills and poor defense,

but he continued to play as a starting pitcher.

In recognition of his performance, he was named 2020-2021 UEFA Player of

the Year and was also named third in the Ballon d’Or.

In addition, he has entered the age of 31 and has still failed to improve his shortcomings,

leaving fans out of favor. Chelsea fans want a better midfielder than Jorginho.

Just in time, a team that wanted Jorginho appeared. Serie A powerhouse Juventus is watching him.

In addition, teams on the Italian stage where Jorginho played, including AC Milan, Inter Milan,

AS Rome and Naples, are known to be interested in him.

But Jorginho had a different idea. According to the media, Jorginho’s agent drew the line, “Chelsea comes first.”

“Georginho’s contract expires next year, but we will discuss re-signing with Chelsea from September,” he said.

away on a free contract like Antonio Rudiger and Andreas Christensen.

Fans who heard the news said: “I’m sure Jorginho will be out for free next year,” and “We don’t want him.”

, He sighed, leaving a response such as “I don’t care if I stay or not.”