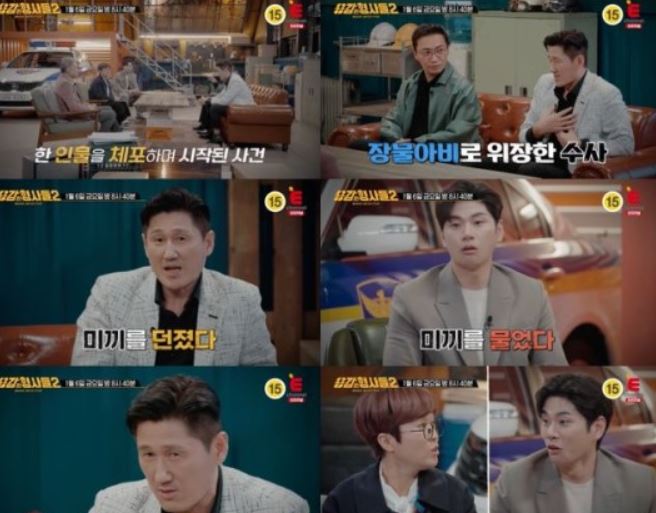 Following last week, three detectives in Daegu, Ahn Jae-kyung, Ahn Yong-joon, and Kwon Soon-woo, will appear on the T-cast E-channel “Brave Detectives 2” (directed by Lee Ji-sun), which will air on the 6th, and reveal the investigation log that Lee Dae-woo of Dongdaemun Police Station.

Along with them, “Urban Police” actor Cho Jae-yoon visited “Brave Detectives 2.” Above all, Cho Jae-yoon is known to have a long relationship with detective Lee Dae-woo, drawing attention.

The story he brought up was a shocking story that he knew the real culprit of the robbery and murder of an elderly couple in Jeju Island, which had remained unsolved for two years. Detective Lee Dae-woo, who determined that the testimony was not false, begins cooperation with the criminal.

Detective Lee Dae-woo arrested another suspect, Lee, and threw another bait, but the situation unfolded in the wrong direction due to the case he confessed as if he had given up.

The full story of the “Jeju serial robbery murder case,” a series of shocking murders, can be found in the 12th episode of “Brave Detectives 2.”

“Brave Detectives 2” airs every Friday night at 8:40 p.m. and is also released on major OTTs such as Netflix, Tving, and Wave.