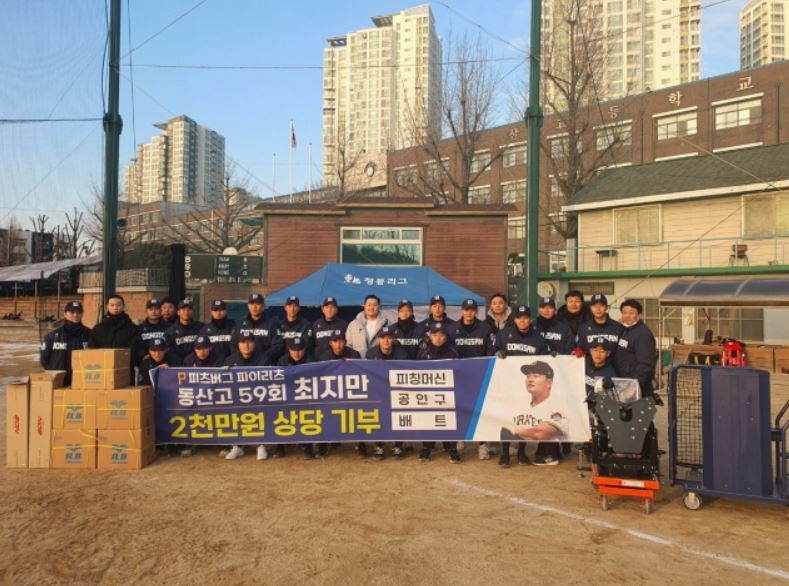 Choi Ji-man’s U.S. agency GSM announced on the 30th that Choi Ji-man visited Dongsan High School on the 29th and delivered 20 million won worth of baseball supplies, including bats, official balls and pitching machines, for his juniors in the baseball team.

Choi Ji-man established the charity foundation “Choi51” in 2016 when he debuted in the Major League Baseball (MLB), and has been steadily donating in Korea and the United States every year.

Earlier in September, he donated a total of $40,000 to the local police station and fire department of his former team Tampa Bay Rays, and donated baseball supplies to Glendale University’s baseball team after the season.

Choi Ji-man donated a total of 100 million won this year alone. Ji-man, who returned to Korea last month and underwent elbow surgery, is currently conducting both personal training and rest. “After starting baseball, I received a lot of love from fans, and I make a foundation to return it and make steady donations every year,” he said. “I want to donate more by playing baseball well to repay the love I received from fans more often.”

Meanwhile,  Ji-man, who was traded from Tampa Bay to Pittsburgh, will leave for the U.S. in early January next year and plan to return to preparations for the new season in earnest.