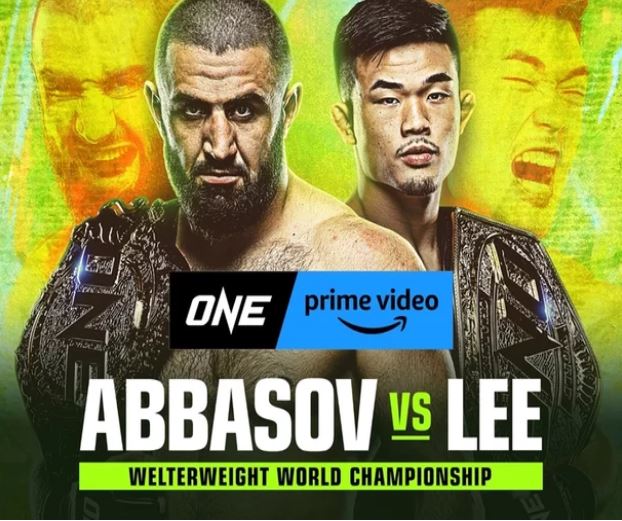 Korean fighter Christian Lee (24, USA/Canada) is aiming for the welterweight title of mixed martial arts “ONE Championship,” Asia’s largest group. Not satisfied with regaining the lightweight throne, he goes up to the top weight class.

Christian Lee (Korean name Lee Seung-ryong) will play against Kiamlian Abasov (29, Kyrgyzstan/Russia), the one-championship welterweight champion, in the second defense match through the ONE on Prime Video 4 main event in Singapore on the 19th.

The five key games of the tournament will be broadcast live to the U.S. and Canada through the global OTT service “Amazon Prime Video” from 8 p.m. on the 18th in New York. Christian Lee beat champion Ok Rae-yoon (31) in the second round of TKO in August and returned to the top of the One Championship lightweight class in 11 months.

Abasov won the One Championship welterweight champion in October 2019. In November 2020, he made it to the top of the middleweight class, which is one step higher, with the momentum of successfully winning the title. However, in February of this year, he surrendered to the tightening technique called “Am Triangle” used by middleweight champion Rainier Drider (32, Netherlands), failing to win the second weight class.

My sister first revealed her ambition to monopolize the top of the two weight classes. However, the “three different one-championship title matches” achieved through his younger brother Christian Lee is a greater challenge on record.

“He’s a good opponent and a great fighter,” Abasov said. “It has explosive power,” he said, acknowledging Christian Lee’s career, “but (because he’s a famous player) Weakness has already been exposed. The welterweight doesn’t seem to fit. “It’s different from the weight class (featherweight and lightweight) below,” he said, confident of winning.

Angela Lee’s consecutive losses in the strawweight title game have eliminated her justification to overcome the top weight class for the time being. Attention is focusing on whether his younger brother Christian Lee, who started an adventure, will beat Abasov and succeed in winning the second weight division of the One Championship mixed martial arts before his sister.