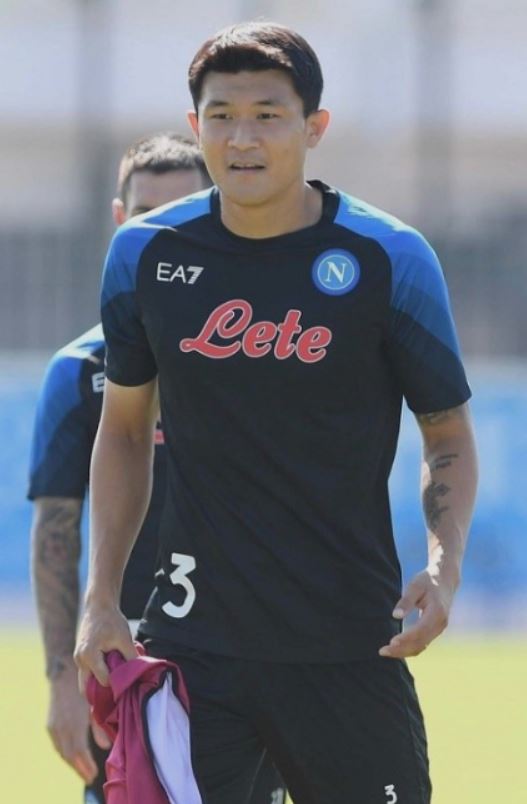 Coach Massimiliano Madaloni, who recommended Kim Min-jae to Naples, revealed the text he sent to you Christiano Ziuntoli.

The Italian media Sport Italy conducted an interview with former Italian soccer player and coach Massimiliano Madaloni on the 15th.

Madaloni is the right-hand man of Italian legend Marcello Lippi.

After Lippi led Juventus in the late 1990s and became a mastermind, he spent his last years in the Chinese league and the Chinese national team after leading Italy to the 2006 World Cup in Germany, and Madaloni was the head coach at the time.

Madaloni is known to have recommended Kim Min-jae to Tolly, who deleted him in Korea.

In an interview with Sport Italy, he personally revealed the contact details when he offered to recruit Kim Min-jae twice to General Manager Jiun Toli.

He said, “Kim Min-jae was already able to come to Naples five years ago. “I talked about Kim Min-jae five years ago,” he said. “I was in China at the time and sent a message to Jiwoon Tolly. I saw a very strong ‘KIM’ in China and contacted him that I should take him right away. “Napolitan’s erasure is right,” he said, revealing that he had long recognized Min-jae and recommended him to Naples.

The recommendation did not stop at once.

He said: “Five years later, recently deleted Tolly contacted me again and said he had to sell Koulibaly. Then he said he wanted to see Min-jae, whom I recommended. “If so, I said I would like to sell Coolivalli and catch Min-jae,” he said, referring to the contact he exchanged with Ji-woon Tolly.

When General Manager Jiuntoli interviewed Min-jae in November last year, he also said, “It was Massimiliano Madaloni who was with me from Carpi in 2011. “Madaloni was Lippi’s agent and told me to keep an eye on Kim Min-jae,” he said, acknowledging coach Madaloni’s contribution.

In the end, Min-jae, who was recommended by Madaloni twice, was able to win the heart of General Manager Ernestoli and transfer to Naples, and he was able to grow into one of the best defenders by playing on the European stage as a member of Naples.

In particular, Sport Italia introduced in an interview that he/she did not believe that other panels recommended Kim Min-jae five years ago, so he/she brought his/her cell phone and released some of the text messages he/she exchanged with Erased Tolly.