Congratulations on KARA’s comeback…Ssunny, “I missed you” 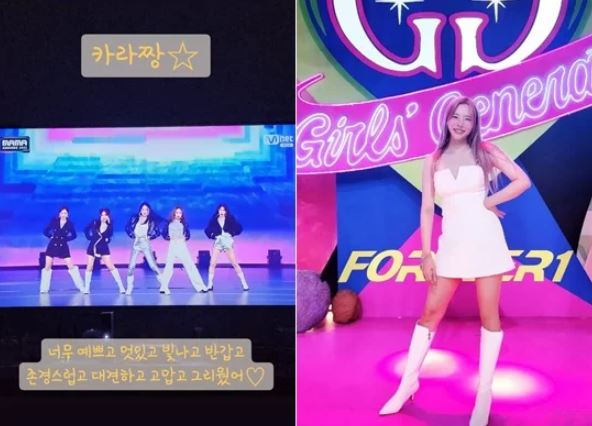 Ssunny filmed and posted the screen watching “2022 MAMA AWARDS” on the 29th.

The screen he captured showed Kara on stage. Ssunny here said, “Kara-chan. I was so pretty, cool, shining, welcoming, respectful, proud, grateful, and missed,” he left a loving message.

Sunny left a heartwarming support for the comeback of her fellow group Kara, who was active in the same era as Girls’ Generation.

Meanwhile, KARA released its new album “MOVE AGAIN” for the first time in seven years and unveiled its comeback stage at “2022 MAMA AWARDS.”

Girls’ Generation, which includes Sunny, also released its seventh full-length album “FOREVER 1” in August to commemorate the 15th anniversary of its debut and was active activities.