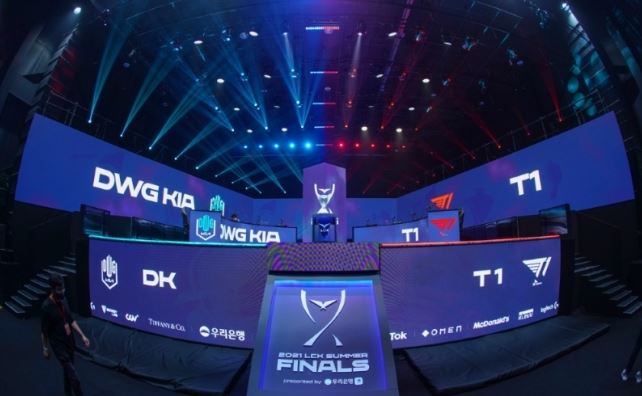 The final match between Damwon Kia and T1 ranked first in the number of simultaneous viewers of the 2021 League of Legends Champions Korea (LCK) Summer.

The final match between 2021 LCK Summer Damwon Kia and T1 held at CJ E&M Studios in Ilsan on the 28th attracted the most viewers in the past two years. According to the eSports chart, which counts the number of viewers by eSports broadcasting platform, the 2021 Summer Final recorded 1,315,659 simultaneous viewers. The tally of eSports charts does not include the number of Chinese viewers.

The final was the highest number of viewers among the LCK games from 2020 to 2021. The game, which had the highest number of viewers among the previous games, recorded 1,074,931 viewers due to a showdown between the 2020 LCK Spring T1 and Gen.G eSports. The third place was the match between T1 and Gen.G for the LOL Cup, which attracted 1,044,983 players. The 2021 Spring recorded 836,062 viewers as a match between Damwon Kia and Zenji.

With the final match between Damwon Kia-T1 all-time success, there are still more important games left. The selection match to decide the third and fourth seed of the League of Legends will begin on the 31st of the first round of the League of Legends between Hanwha Life eSports and Liv Sandbox, and the third round between the T1 and the second-round winning teams on September 2. The winning team in the third round will go straight to the LCK third seed and the losing team will start with the play-in as the fourth seed.