Drama agencies Lee Bo-young and Son Na-eun, are they on.. 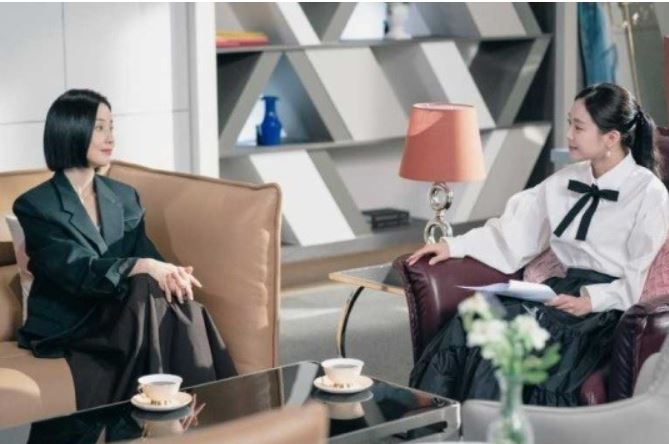 Drama agencies Lee Bo-young and Son Na-eun, are they on the same side?a content look

Will JTBC drama agencies Lee Bo-young and Son Na-eun be on the same side?

Go Ah-in (Lee Bo-young), who took the position of VC Planning and Production Manager at JTBC Drama Agency (directed by Lee Chang-min/written by Song Soo-han/Provided by SLL/Produced How Pictures, Drama House Studio), started in-house politics with a goal of higher place. First, he checked Choi Chang-soo (Cho Seong-ha), the head of the planning division, and divided the production team he was in control of to expand his position. Choi Chang-soo’s line CDs (Creative Directors) were demoted from team leaders to team members, and managers from public recruitment who had been negligent in their work believing in factions were excluded from the promotion list by evaluating special personnel. The backlash against unconventional personnel reform has turned its arrows to external enemies and advertisers. “I refuse to give unfair work instructions,” he said, sending an e-mail to break down advertisers’ power abuse, making employees on his side.

However, it was burdensome for orphans to touch the “advertiser” who is higher than the “Lord” in the industry. Kang Han-na (Son Na-eun), the youngest daughter of VC Group Chairman Kang (Song Young-chang) and head of VC Planning’s SNS division, was pointed out as a person to “take care of” this. When such an orphan met Kang Han-na for the first time, she provoked her when it was not enough to be seen well. In front of all employees, “There will be a lot you don’t know, so ask and work from now on. He warned, “Don’t make an accident while doing something you don’t know anything about and don’t ask me to do.”

While it raises questions about what strategies are hidden in the provocation of orphans, the released still cut seems to have succeeded. Kang Han-na, who would never have had good feelings for the orphan, is looking at the documents handed over by the orphan and making a satisfied face. Furthermore, he is showing favor by leaning toward Ahin and listening to her story. The orphan has a confident face as if “I knew it.” It’s like an orphan laying a board and Kang Han-na dancing.

Hints for this situation can be found in the third teaser video released earlier. The orphan suggested to Kang Han-na, “You should only be jealous when you are in a relationship, and only calculate profits and losses with me.” The orphan’s unpredictable strategy is expected to once again lead to an exciting development, including what the profit and loss calculation means, and what Kang Young-woo’s embarrassing expression means, who is ostensibly dressed as a “businessman” with a sense of genius.