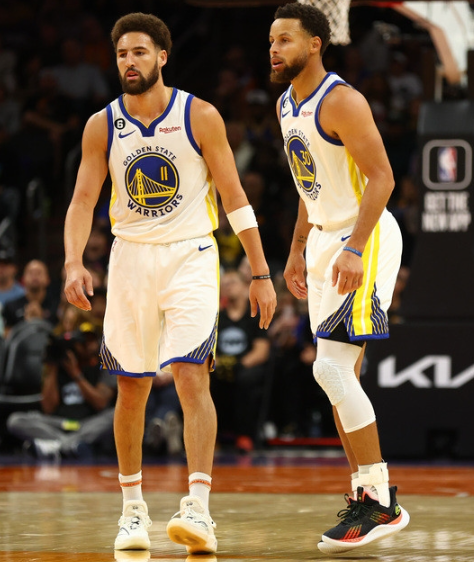 The Golden State Warriors won 123-110 against the Miami Heat in the 2022-2023 NBA regular season at the San Francisco Chase Center on the 2nd.

It was a showdown between the two teams with top-ranked teams in both conferences. As it was a game that attracted many people’s attention, a fierce battle took place.

However, Golden State failed to stop opposing ace Jimmy Butler. Based on Butler’s unique tough play, Miami followed by three points in the middle of the fourth quarter.

Then, superstar Curry stepped up. Curry wobbled Tyler Hiro with a spectacular dribble and made 108-100 with an accurate pull-up 3-pointer. In the ensuing attack, Curry succeeded in three consecutive attacks and ended the game.

Curry’s final record for the day was 33 points, seven rebounds, and nine assists, including 10 points in the fourth quarter.

In an interview after the game, Green said, “The scene where I hit a three-point shot past Tyler Hiro was really great. Stephen Curry is announcing an incredible start to the season. Curry keeps getting better. This is scary. “It’s fun to watch this,” he said, applauding.

“I think it was a typical game for our team. Except for a few careless turnovers, he showed the best play in both offense and defense,” he said.

“Stephen Curry was great. His play is really amazing. Curry just passes by regardless of who defends him. Then finish the attack immediately or find colleagues. He’s doing wonders at the beginning of the season,” he added.

Curry praised Thompson’s performance instead of his performance. Thomson suffered his first career exit against the Phoenix Suns last time. But he quickly regained his composure. Thompson scored 19 points, including five 3-pointers.

Curry said, “Clay Thompson and I found a balance. I think Thompson is painting a big picture. He is helping Thompson prepare for another long-term playoff. “I feel good that he made the audience cheer,” he said.