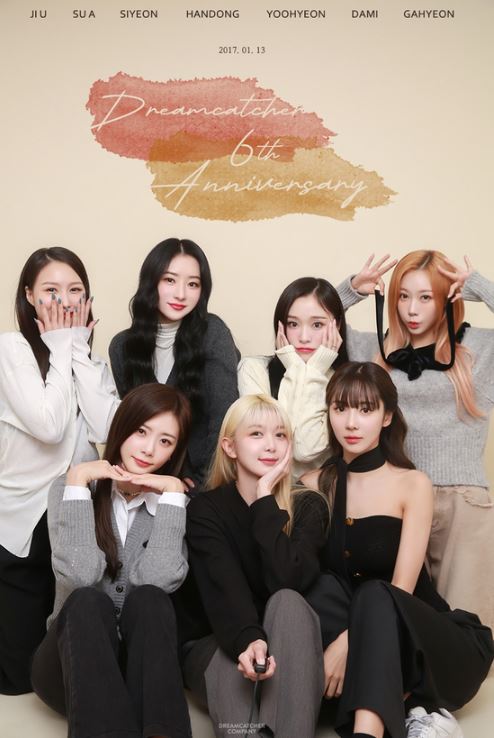 Dreamcatcher’s special single “REASON” will be released on various online music sites at 6 p.m. on the 13th.

“Risen” is a song for fans who have always been with me when I was happy or sick since my debut. The lyrics expressed the sincere message that the deep and wide affection of fans will soon be another goal and courage for Dreamcatcher. The song was created with a composition that can be sung based on the unique intense rock sound, which can be called Dreamcatcher’s identity, raising expectations for “Insomnia” around the world for fan songs ahead of release.

Dreamcatcher, which celebrated its sixth anniversary, said, “At any moment, Insomnia gave us a lot of strength and we were able to become dreamcatchers who could smile more,” adding, “We are so grateful that fans are the driving force behind the growing dreamcatcher.”

“I’m excited because it’s been a while since I released a fan song, but like the title of ‘Reason’, I hope the fact that ‘Insomnia’ is the reason why we can cheer up and move forward is well conveyed.” Many people also want to gain strength from us and continue to create good moments together,” he added.

Dreamcatcher, which celebrated its debut day on Friday, January 13, which will return after six years, announced the start of its sixth anniversary with a free public event for a week from the 8th and even delivered the news of the release of “REASON.”

Along with the release, a live broadcast will also be held at 6:30 p.m. on the global fandom platform Weverse to celebrate the 6th anniversary of its debut.