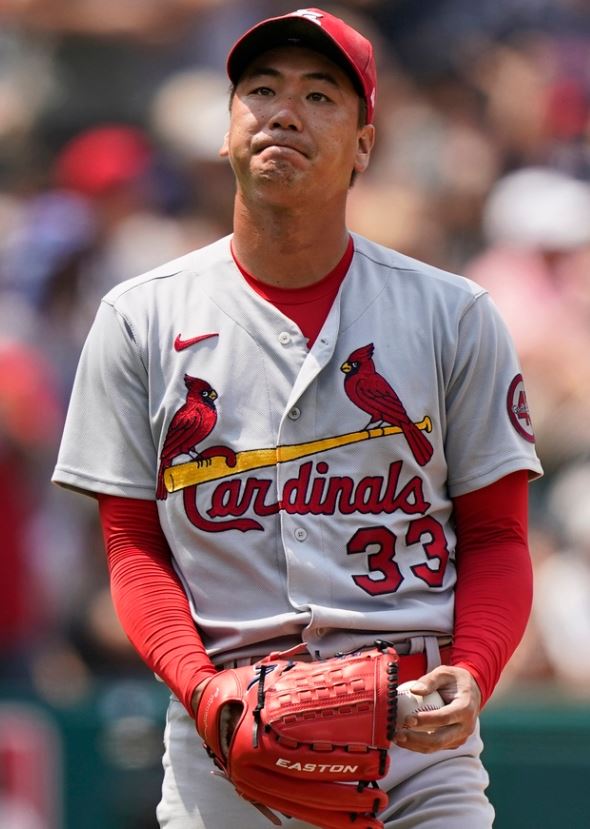 Kim Kwang-hyun (33, St. Louis Cardinals), who was listed as injured due to elbow pain, is preparing to return. He is expected to start rehabilitation in Triple-A in the minor league.

Kim Kwang-hyun has 6 wins, 6 losses and an ERA of 3.36 in 19 games this year. Jack Flaherty and Miles Mycollas escaped due to injuries and defended the loose starting rotation. It was overwhelming last July. He had 24 consecutive innings without a run, and had a 4–1 loss and a 2.28 ERA in a month. He has been nominated for the National League (NL) pitcher of this month amid favorable trends.

However, he has been twisted since his first appearance in August. Kim Kwang-hyun complained of elbow pain after starting against the Kansas City Royals on the 8th. At that time, Kim Kwang-hyun volunteered to come down the mound after playing only four innings. “My elbow had been a little sore since the Chicago Cubs game on July 23. It’s not a serious condition,” he said, but the club’s meaning was different. In order to prevent deterioration of the condition, Kim Kwang-hyun was placed on the 10-day injured list and began injection treatment. It was the third time this year to be on the list of injuries following back pain on April 2 and pain in the same area on June 6.

As he said it was not a big pain, he grabbed the ball again quickly. He started playing catch less than a week later, and the pain did not recur even as he stretched the distance. He, who always had a live pitching check before returning to injury, takes this opportunity to check his physical condition through a real game. If his physical condition does not follow after the minor league appearance, he will also be scheduled for the big league. Coach Silt said, “Kim Kwang-hyun has prepared to return as a starting pitcher.”