EPL is back… Son Heung-min, Hwang Hee-chan, who was 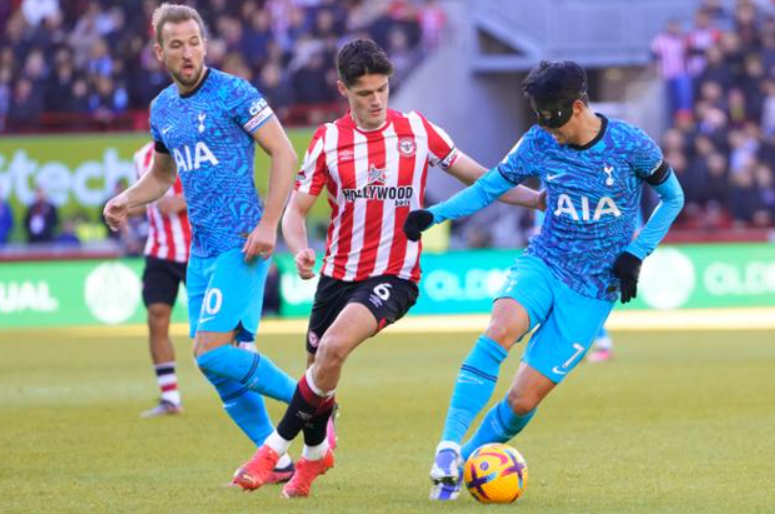 EPL is back… Son Heung-min, Hwang Heechan, who was disappointed

Son Heungmin (Tottenham) and Hwang Heechan (Wolverhampton) started in the first game of the English Premier League (EPL), which resumed after the World Cup break. Son Heung-min showed relatively active movements and once again confirmed the position of the main striker, while Hwang Hee-chan was somewhat disappointed, signaling a tough competition for the main player in the future.

Son Heung-min recorded the most effective shots (3 times) in the team by playing full time in the 17th round of the EPL against Brentford in the 2022-23 season at Brentford Community Stadium in England on the 25th.

Son Heungmin, who played in a black protective mask following the Qatar World Cup, showed his unique fast counterattack with two defenders in the 45th minute of the first half and served as a lubricant for the team by standing at the center of several linked plays. He also actively jumped into ball competitions, including three header attempts.

Although he failed to raise the attack point, Son Heung-min contributed to the 2-2 draw with a shrewd move and was given a normal rating of 6.9 by the soccer statistics media Huskored Dotcom.

Hwang Hee-chan also showed light movements such as a bold breakthrough and a sharp cross in the early stages of the game against Everton on the 27th. However, as he entered the middle of the game, he was often seen isolated. The number of times he received the ball from the team members has decreased significantly, and he has not hit any effective shots and has not created any significant opportunities. Eventually, he was replaced in the 15th minute of the second half, and Huskored Dotcom gave him a 5.96 rating, the second lowest on the team.

Wolverhampton won 2-1 with a dramatic come-from-behind goal in the extra time of the second half after Hwang Hee-chan was absent. For Hwang Hee-chan, he started his schedule in the second half of the year in other words. In particular, Brazilian striker Mateus Cunha, who has overlapping radius of activity, has failed to show noticeable movement with his joining confirmed, raising a gloomy outlook for his future position.

Meanwhile, Liverpool’s Mohamed Salah, who tied for the EPL top scorer with Son Heung-min last year, joined the league’s “50 (goal)-50 (help) club” for the second time in Liverpool’s history with one goal and one assist against Aston Villa. The main character of the first ’50-50 Club’ is Liverpool legend Steven Gerrard.

Arsenal, the league’s No. 1 player, won four consecutive games with a 3-1 victory over West Ham, and was the first to win 40 points (13 wins, 1 draw and 1 loss) in the league this season. Newcastle, which is causing a sensation, beat Leicester City and continued to win six consecutive games, rising to second place (33 points).