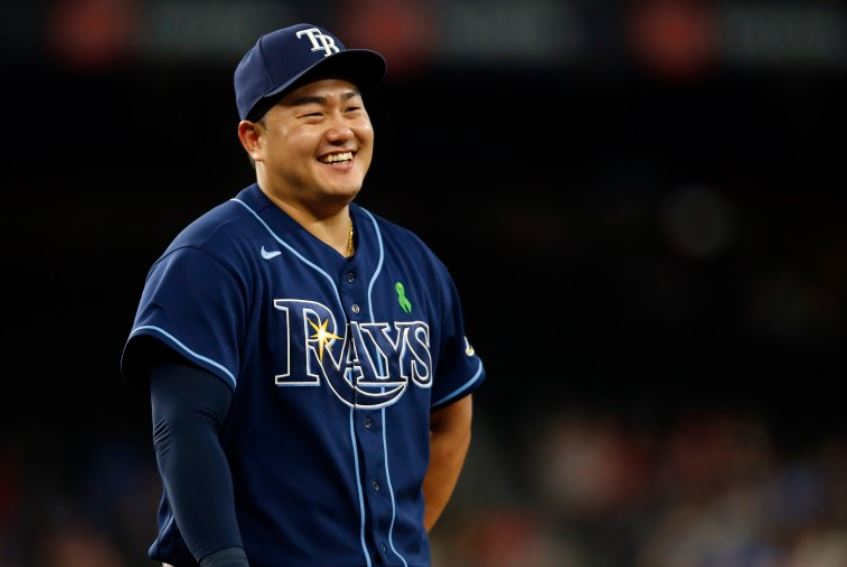 [Exclusive interview] Choi Ji-man, who moved to Pittsburgh, said, “I can say it now.”

Many things have already happened to Choi Ji-man (31, Pittsburgh Pirates) this winter. A day before returning home, Choi Ji-man was informed that he would leave the Tampa Bay Rays, which had been active for four and a half seasons, and move to Pittsburgh after transferring in the middle of the 2018 season. In Korea, he is sweating for rehabilitation after undergoing surgery to remove a bone fragment of his elbow that has plagued him throughout the season.

Tampa Bay was a special place for Choi Ji-man. Choi Ji-man, who signed a contract with the Seattle Mariners for $425,000 (about 540 million won) in 2010 when he was at Dongsan High School in Incheon, made his big league debut with the LA Angels, who moved to the Rule 5 draft in 2016. After that, he moved to the New York Yankees in 2017 and Milwaukee in 2018, and had to move every year.

However, Choi Ji-man, who moved to Tampa Bay in the middle of the 2018 season, made an eye-catching performance after the transfer, and was appointed as the first baseman from 2019 and recorded 320 hits, 52 home runs, and 203 RBIs in 414 games until last year. In particular, he made many memories in the 2020 season, including becoming the first Korean fielder to step on the World Series stage.

Choi Ji-man’s 2022 season performance was a little disappointing compared to the career average with 83 hits, 11 home runs, and 52 RBIs in 113 games. He played well enough to be mentioned as an All-Star candidate until the first half, recording a batting average of 0.357 with two home runs and 10 RBIs for a month in April, but his performance fell sharply due to the prolonged slump in the second half. It turned out that the cause of the sudden slump was an elbow injury after the season.

Choi Ji-man, who is now wearing Pittsburgh’s uniform, was given the responsibility to lead young players, including his junior Bae Ji-hwan (23) as a veteran. Since next season is the year ahead of the FA, it will have a special meaning for Choi Ji-man. Meanwhile, Choi Ji-man again expressed his strong will to participate in the 5th World Baseball Classic (WBC) to be held in March next year.

I met Choi Ji-man and heard about his trade and goals for the new season.

How have you been?

I returned to Korea on the 22nd of last month and am spending it busily. I recently had surgery to remove a bone fragment from my right elbow, and the rehabilitation is going smoothly. Actually, I had rehabilitation training this morning. I am meeting acquaintances that I couldn’t meet during the season.

I think I should start talking about my previous team because I was a member of Tampa Bay until the end of the 2022 season. After moving to Tampa Bay in the middle of the 2018 season, he played for four and a half seasons before being traded. When was the most memorable moment during Tampa Bay?

There are so many. The first thing I remember is the first day after being traded. I was nervous and awkward because it was my first team. But director Kevin Cash said, “Wow, it’s nice to see you!” as if we’ve known each other for a long time. He said, “You’re the 4th batter tomorrow.” I still remember that day vividly. The most memorable year is the 2019 season. It was my first full-time year since my big league debut and my first postseason experience. There were some disappointing things, but 2019 was a year that I gained a lot. I still miss the members.

Choi Ji-man is famous as a friendly player in the dugout. As a result, I had a lot of close colleagues during my time at Tampa Bay. Who was the first colleague to contact you when you heard about the trade?

In fact, the wives of the players contacted me more than the players. We’re really close and we play golf and fish together. And I really like kids. So after the game, when I went to play with my colleagues who lived nearby, the children ran to me saying, “Choi Choi.” They’re sometimes called uncles.