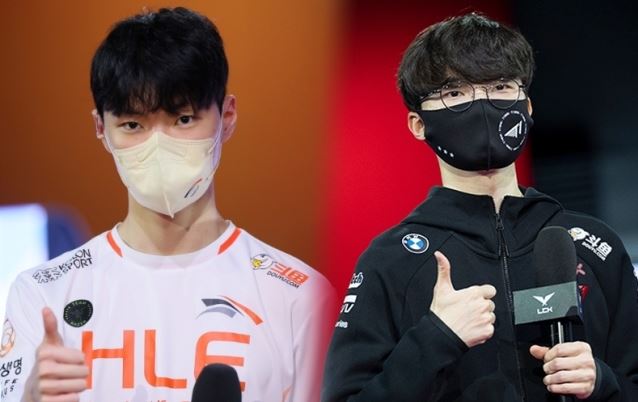 On the 2nd, the third round of the 2021 League of Legend World Championship (hereinafter referred to as the Rolled Cup) will be held at the Roll Park located in Grand Seoul, Jongno-gu, Seoul. T1 went straight to the third round of the selection round by finishing runner-up at 2021 LCK Summer, and Hanwha Life came up by beating Liv Sandbox and Nongshim Red Force consecutively from the first round.

Lee Sang-hyuk and Jung Ji-hoon will face off against each other for the first time in about a year and four months. On April 22, 2020, the second round of the 2021 LCK Spring Playoff was the last five games, and Lee Sang-hyuk advanced to the final by defeating Jung Ji-hoon, who was a member of the DRX, 3-1.

Jung Ji-hoon lost to Lee Sang-hyuk in the five-game winning rate category, but won 2-0 in the last game of the 2021 Summer regular league. Jung Ji-hoon, who took out the set with LeBlanc in the first and second sets, had a lead over Lee Sang-hyuk’s Lisandra and Renekton, and had more than 67 percent of the kill participation rate, showing his presence.