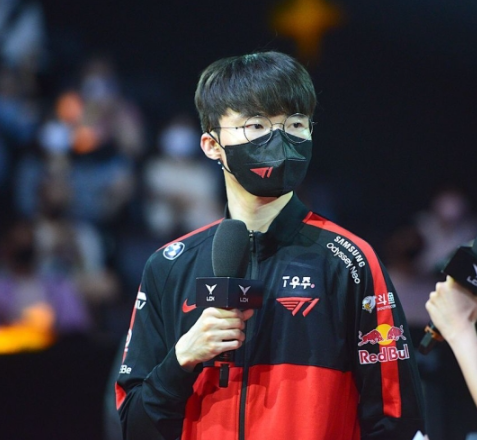 Since before, Lee Sang-hyuk has continued his “good influence” by delivering donations for people suffering from the novel coronavirus infection (COVID-19).

On the 17th, T1 announced that “Faker” Lee Sang-hyuk participated in the donation to recover from the flood.

Lee Sang-hyuk is a living legend in League of Legends (LOL) e-sports.

Since his appearance as a comet in 2013, he has won the throne, won three times in the international stage “LOL World Championship (LOL World Cup)” and 10 times in the Korean tournament “LOL Champions Korea (LCK).”

Lee Sang-hyuk became an example of other professional players for his good deeds as much as his own.

Since 2019, Lee Sang-hyuk has been spreading “good influence” by delivering donations to various organizations.

In 2020, a total of 70 million won was delivered by making consecutive donations to prevent the spread of COVID-19.

Lee Sang-hyuk did not pass by when he saw flood victims suffering from recent floods.

Record-breaking heavy rains since the 8th have caused damage in various parts of the country, including Seoul, Gyeonggi, Jeonbuk, Gangwon, and Chungcheong.

In the seven hardest-hit autonomous districts in Seoul (Guro, Geumcheon, Yeongdeungpo, Gwanak, Seocho, and Gangnam), 19,627 cases of damage and property damage worth about 94 billion won occurred.