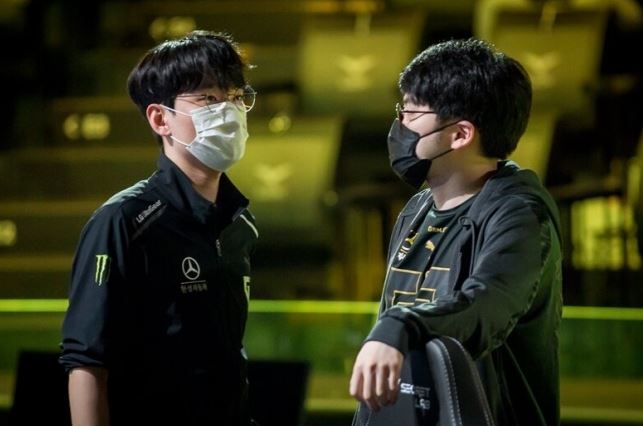 Although it is said to be the most confusing 2021 LCK summer split regular season, Gen.G at the beginning of the opening was unique.

While the other teams were alternating wins and losses, Gen.G leisurely won seven consecutive games and settled in first place alone.

However, there is no more Gen.G from the past, when he has taken down all the enemies he meets in a distinctly high weight category.

Gen.G, who has already reached fifth place, is on the verge of falling to sixth place.

This year, Zenji remained the same. Based on a strong line game, snowballs were easily won by rolling, or “roller ending” came out when the game was prolonged due to opponent’s resistance.

Gen.G also achieved the top spot in the spring split regular season and the playoffs, and they may not have felt the need for change.

This is because every patch, or weekly change, was the only one that remained the same.

The first problem revealed was by far the width of the champion.

In addition, “Ruler” Park Jae-hyuk does not even have to consider taking Jigs or Sindra, so teams dealing with Gen.G are relatively easy to induce the desired van pick.

Also, his strength against the line disappeared. Whether it’s due to individual skills or championship performance, recent Gen.G. rarely overwhelms his opponent as easily from the beginning as last spring split.

However, it is not an early operation that can make up for this. More often than first, paintings were drawn to get the opponent’s aim.

Gen.G’s line-up, which became similar to other teams, led to a chronic situation.

When the game entered the middle of the game without a proper early advantage, Gen.G always showed instability.

At the beginning of the season, he supplemented it to some extent through his high weight class and one stroke, but now even that is not working.

In fact, they collapsed in a similar way to all the playoff teams they met after starting with the first round of Damwon Kia, which suffered their first defeat.

The existing winning plan is not working against teams with similar power, but Zenji, who cannot make a breakthrough change immediately, is in a situation where he cannot be misled.

Although the overall weight division may be lower than Gen.G., both teams have established a clear style of play at Summer Split, so no matter what the result is, it will not be strange.