fromis_9 Park Ji-won, the first singer of the OST for… 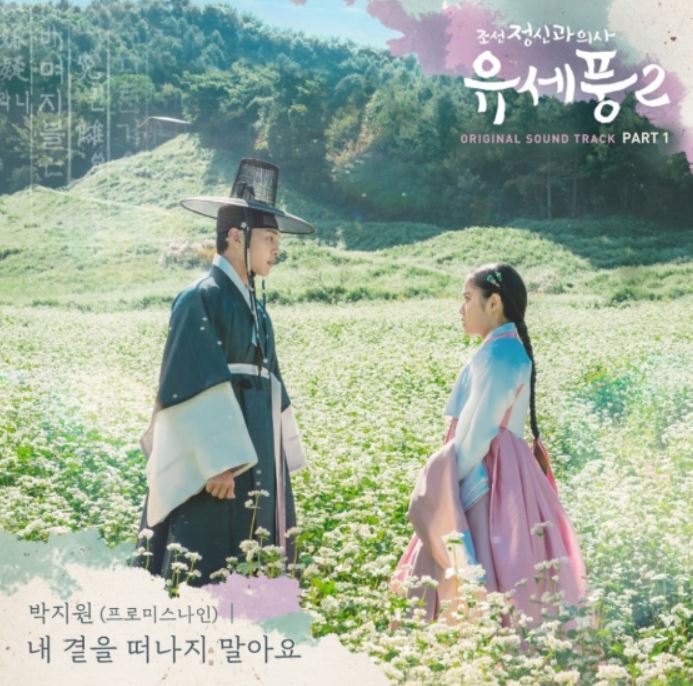 fromis_9 Park Ji-won, the first singer of the OST for “Yoo Se-pung 2″…Today (12th) will be released today.

The OST “Don’t Leave Me” of tvN’s Wednesday-Thursday drama “Chosun Psychiatrist Yoo Se-pung 2” – Park Ji-won (fromis_9) will be released on various music sites at 6 p.m. on the 12th.

Chosun Psychiatrist Yoo Se-pung 2, which first aired on the 11th, left a deep impression and lingering impression on the small screen, showing the performance of lawmakers’ deliberations who convey empathy and healing. The new story of the lawmakers who moved the stage to Hanyang and the love between Sepung (Kim Min-jae) and Eun-woo (Kim Hyang-gi) will be drawn deeper and deeper.

Park Ji-won’s “Don’t Leave Me” is an impressive song that unfolds in harmony with Park Ji-won’s delicate expression and soft tone, along with emotional piano melodies and rich string sounds. As if it contains the sadness and desperation between Se-pung and Eun-woo, who were in an unexpected breakup last season, affectionate lyrics and emotional melodies will provide deep lingering and touching feelings.

Promis Nine, which set a new record in initial sales with the title song “DM” of its fourth mini album “Midnight Guest” last year and topped various domestic and foreign charts, has since won five music shows and recorded new music charts through its fifth mini album “Stay This Way” in June. Park Ji-won, the main vocalist of fromis_9 loved for her attractive tone and excellent singing ability, has participated in drama OSTs such as “I Love You When I Met You” and “Racket Boys.”

“Don’t Leave Me” is “The Red End of Clothing,” “Queen Iron,” and “Missing: They Were There.” HUMBLER, who worked on OSTs for a number of hit dramas such as “2,” collaborated to complete a well-made OST that represents the emotional lines of the two main characters in the drama.