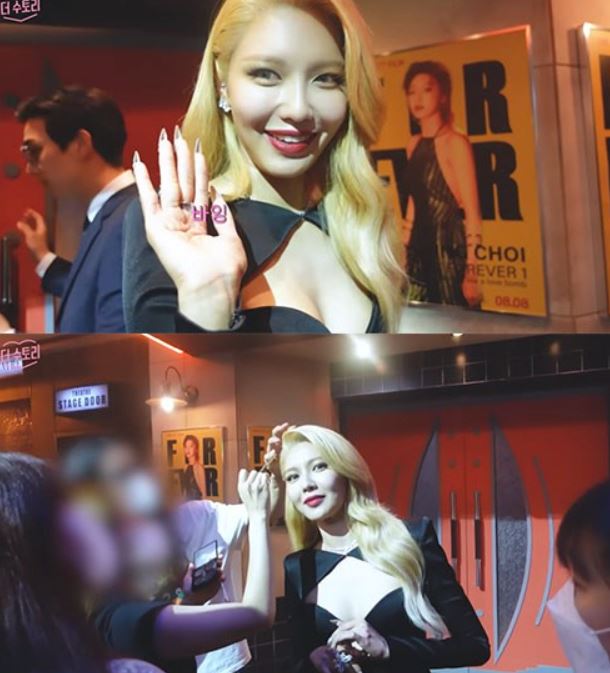 Singer and actor Choi Soo-young was humiliated by her bodyguard.

On the 3rd, Choi Soo-young posted a video on her YouTube channel “The Sutori” under the title of “New Year’s Greeting 2022 Sungyi Release of Unreleased Videos (I really did everything).”

On this day, Choi Soo-young spent a leisurely time visiting her mother’s house on the day when there was no filming. Choi Soo-young also expressed her difficulties by writing lyrics. Choi Soo-young said, “The chorus doesn’t work. “I like everything else,” he said, showing concern.

Choi Soo-young also mentioned the drama. Choi Soo-young said, “There is no script these days. There are a lot of dramas out there, too. It’s comfortable to divide into three parts and organize the flow,” he said.

In addition, when Choi Soo-young told the staff that the jewelry she was wearing was 85 million won, she said, “I shouldn’t even go to the bathroom,” drawing laughter.

Choi Soo-young, who turned on the camera in the car, said, “It’s my first time filming (drama), and I’m so sorry that I stayed up all night. Some of the members are working at the same time, so I have to practice all night and film right away.” There were a lot of friends who said they had to go film a drama. I was like, “How do you guys do this? You guys are amazing.” And that became me. I respect our members.”

Choi Soo-young then revealed her participation in the SM Town concert following a photo shoot with Ji Chang-wook.

Soo-young, who arrived at the waiting room, then made the members laugh by saying, “I came in and the board guard asked me who I was.”