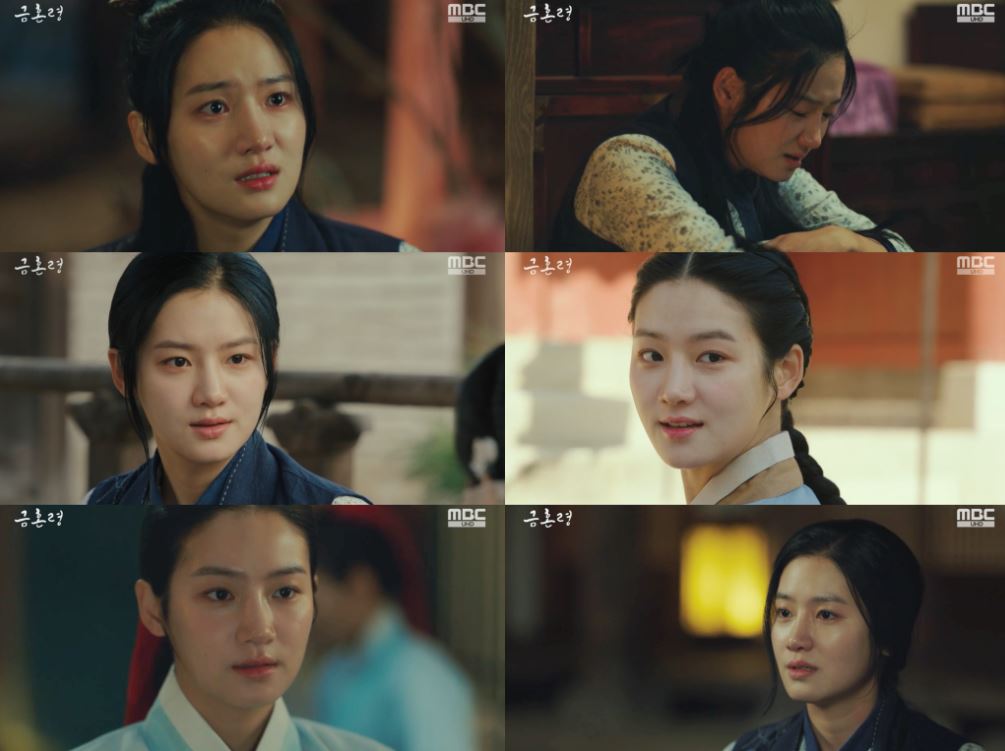 In the 10th episode, which aired on the 14th, it was revealed that the cow has deceived people with a false novelty. Lee Heon (played by Kim Young-dae) was greatly shocked when he learned this, and Sorang swallowed his sad tears because he felt guilty about deceiving Lee Heon. Park Joo-hyun touched the hearts of viewers by delicately expressing the emotions of the character, including a tearful expression and haggard eyes.

However, the sadness was briefly attacked by the assassins, and while trying to avoid it, Sorang falls off the cliff. Fortunately, with the help of Hwa-yoon (Cho Soo-min), Sorang decided to save his life and hide for the time being. However, when I found out that there was a conspiracy in the house between the two generals, I said, “I’ve only avoided it so far. I was just busy running away. “But I can’t do it anymore,” he said, raising curiosity by flashing his eyes and announcing the new development with an awakening look.

In the end, Sorang, who entered the palace disguised as a body species, found out that there was a corruption in Gantaek, and raised interest by trying to figure out a way to find out. At the end of the play, after the false novelty was discovered, Lee Heon called again, reunited at the palace, and shared a kiss of tears, raising questions about the next episode.

As such, Park Joo-hyun walked through the entire play with a wide acting spectrum, completing romance and suspense, adding vitality to “Golden Marriage,” which has only a week left until the end, raising expectations for the ending.