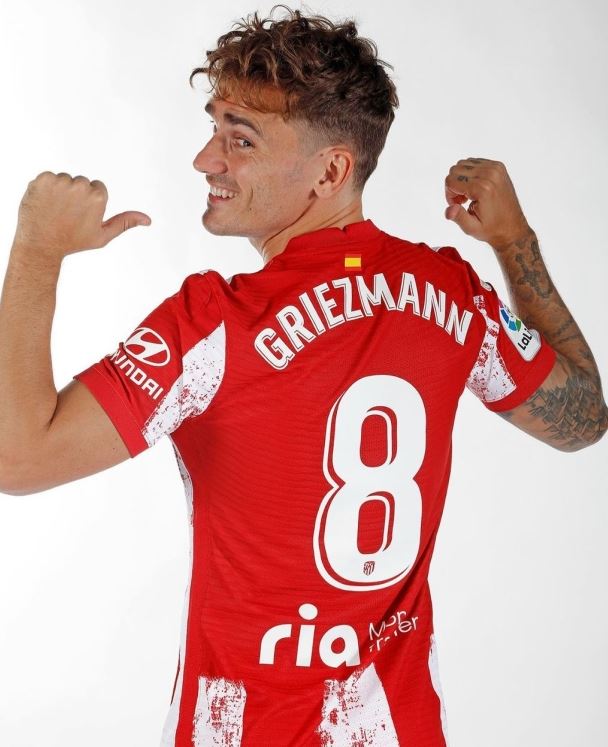 Griezmann chose number 8 instead of number 7… The reason is because of Kobe.

Antoine Griezmann, who returned to Atletico Madrid for the first time in two years, wore No. 8 instead of the previous No. 7.

Atletico revealed on its official channel on the 9th (local time) that he would wear Griezmann’s back number 8 uniform.

Griezmann was active seven times before moving to FC Barcelona in the summer of 2019. He deserved to be greedy for number 7 since his return, but he chose number 8. There was a good reason.

This is the early back number of the late Kobe Bryant, the NBA legend. Bryant played eight times until the 2005/2006 season. Griezmann, known as a basketball fan, showed affection and respect to Bryant with choice 8.

Eventually, he returned to Atletico, but the fans’ reactions were cold. As an apology, Griezmann cut and shaved his long hair and beard, which he had adhered to during the Barca period.

Griezmann is vowing to make a comeback in Atletico, his hometown. Attention is focusing on whether Griezmann, who returned to his original intention with Bryant’s back number, will regain his former appearance.