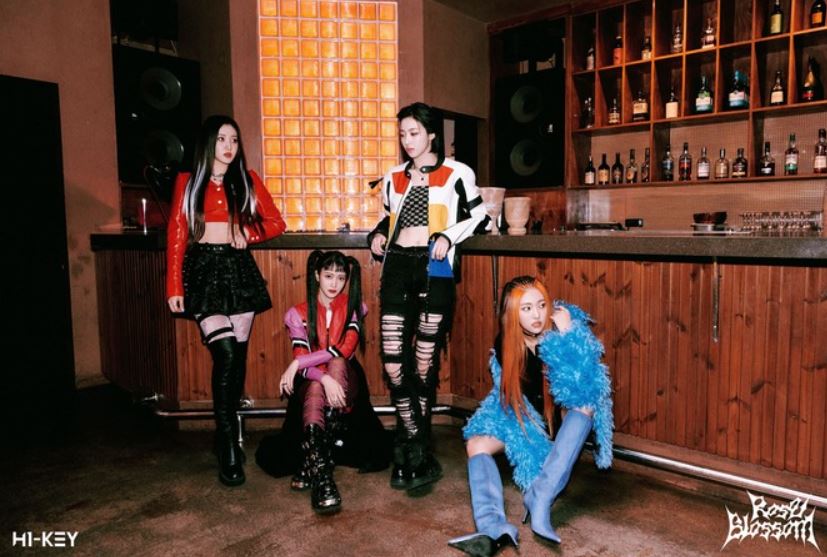 The group H1-KEY has completed a work that will make their dreams come true.

Shinbo’s “Rose Blossom” is the first comeback in about six months since Maxi’s single “RUN” released in July last year, with a total of 7 songs including “Ring the Alarm,” “Rose Blossom,” “Crown Jewell (Feat. Tachaya), “You Are My Key (for M1-KEY)” and “Dream Tripitriet (Remaster 20).

Hiki is not an easy life for everyone to face limitations, but through “Rose Blossom,” it gives comfort and hope to those who do not give up their dreams and hopes and try to bloom. We pointed out the point where we have no choice but to look forward to HIKI’s comeback with a more developed musicality and a completely new visual.

▲ A year after our debut, the genre of “Hiki” was born.

“Rose Blossom” is the first mini-album to be released exactly a year after HIKI’s debut, and is a scene that melts HIKI’s unique healthy and positive mind. Starting with the first track “Ring the Alarm,” which shares the positive vibe that everything will go well today, Heiki created the narrative of “Rose Blossom,” a title song that contains his inner strong will to survive and bloom like a rose.

In addition, Heiki honestly tried to make his dreams a reality by arranging tracks in the order of Crown Jewel, which conveys the message that he works hard every moment, You Are My Key, a fan song commemorating the first anniversary of M1-KEY, and Dream Trip, which falls asleep after a day’s work.

As such, HIKI presents courage and healing to listeners around the world, focusing on the keyword “sympathy” through “Rose Blossom.” It is a cold and difficult world, but it contains Heiki’s bold ambition to convey a stream of comfort and support called Rose Blossom with dreams and hopes.

As it is the first mini-album to be released since its debut, HIKI gave strength not only to the tracklist but also to the lineup of producers. The first track to pay attention to is the title track of the new album Rose Blossom, “Rose Blooming Between Buildings.” This song is a track in which DAY6 Young K (Day6)’s lyrics were written, emphasizing Hiki’s willingness to bloom beautifully without ever breaking or withering even in a difficult world.

“Dream Trip,” which expresses a situation in which you slowly fall asleep without realizing it while having your own sweet time after returning home from a tiring day, was written and composed by WJSN’s Exy. Dream Trip, which expresses a dreamy yet exciting feeling as if traveling in a dream, is impressive with HIKI’s colorful vocals and trendy yet fairy tale-like melodies.

Crown Jewel has a strong featuring artist. Heiki collaborated with Tachaya, the runner-up in season 1 of “The Voice Thailand”. Tachaya participated directly in the ‘Crown Jewel’ playing session. Crown Jewel is a track that attempted an unusual collaboration of Korean traditional instruments and traditional Thai instruments, and expressed a new sound by recording Daegeum, Kkwaenggwari, Ranat and Jakhe in a real session.

HIKI, who sang the identity of a team pursuing inner strength with his debut album “ATHLETIC GIRL,” continued his unrivaled athletic concept with Maxi’s single “RUN,” creating a new modifier of “athletic idol.” HIKI, which aims for confident and healthy beauty anytime, anywhere, was also selected as a cover of the K-pop exercise playlist “WORK OUT” on Spotify, the world’s largest music platform.

In addition, Haiki attracted attention with his “squat dance” conceived from exercise movements, while he was reborn as a “new trend setter” with his unique refreshing and unique concept. Therefore, fans around the world are curious about the concept of the first mini-album “Rose Blossom” is a natural result.

Unlike his previous work, which expressed physical health, Heiki focused on internal health in “Rose Blossom.” The beginning and end of confidence is a healthy mind. Therefore, Hiki attempted a different transformation visually. With STUDIO L’EXTREME, who participated as visual director, HIKI challenged a bold style that had not been shown before.

Attention is focusing on Heiki’s move to make a mark in the “fourth generation idol” market with “Rose Blossom” by making changes in various ways, including music, visuals, concepts, and attitudes.

Meanwhile, HIKI’s first mini-album “Rose Blossom” will be released simultaneously around the world through various music sites at 6 p.m. today (5th), the first anniversary of its debut.