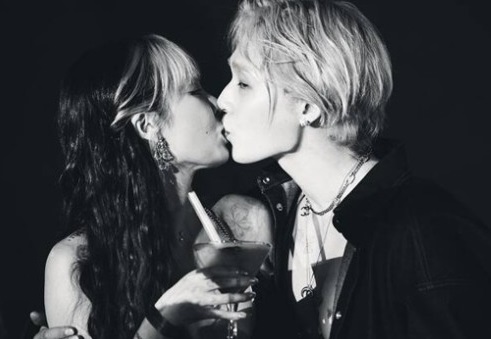 Fake news is spreading over the breakup of singers Hyun-ah and Dunn.

Hyun-ah said on the 30th of last month, “We broke up. I decided to remain a good friend and colleague from now on. “Thank you for always supporting me and looking at me beautifully,” he said, expressing the news of his breakup with Dunn.

The two, who have been dating for six years since 2016, drew much attention by releasing candid and bold photos without hiding their affection for each other on various broadcasts, YouTube channels, and personal accounts.

The two left Cube Entertainment, their former agency, and moved to Fination, led by singer-producer Psy, to perform music activities together. Last September, we released our first unit EP album “1+1=1”

Earlier this year, Dunn presented Hyun-ah with a wedding ring, sparking rumors of their marriage. At the time, Dunn wrote “MARRY ME,” and Hyun-ah also responded, “Of course, yes.”

Then in August, the two announced the termination of their exclusive contract with Fination. At the same time, when the news of the breakup was reported, fans responded that it was hard to believe but cheered for the future of the two.

Speculation and rumors have also been spawned over their split. Fake news that reveals that Hyun-ah is the reason for the breakup, and stories spread that Hyun-ah and Dawn responded differently to marriage in the past and that the two often fought due to personality differences

In response, Dunn came forward and corrected the misunderstanding. “I will sue that cowardly, dirty, and poor person who spread false facts,” Dunn said. “Even if we broke up, he is equally precious to me, a sincere and cooler person than anyone I have seen, and he is my favorite artist in the future.”

Meanwhile, the romance between the two was also known as Hyun-ah’s announcement. When the rumor was raised in 2018, Hyun-ah’s agency Cube Entertainment denied the rumor.

However, Hyun-ah said, “I wanted to be honest with many fans who love and watch me and show them how I can be on stage with joy and pride,” adding that she started dating Dunn in 2016

Fans say, “I would have loved you as much as I wanted, so the choice is cool,” and “Only the two of you know why we broke up.” I’m rooting for you,” he said, “I hope both of you will succeed in your respective places.”

The two, who have ended as public lovers, are expected to return to their senior and junior relationships and focus on their activities as artists in their respective fields