“I can’t believe Justin Turner is leaving…”” The Dodgers.. 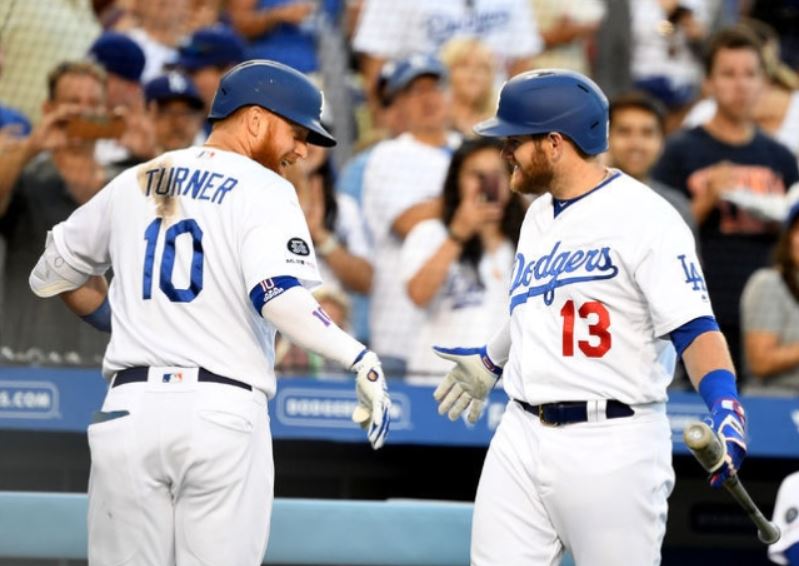 “I can’t believe Justin Turner is leaving…”” The Dodgers, who have disappeared as a spiritual pillar, have non-tradeable players.

After last year’s season, several players left the LA Dodgers. Among them, Justin Turner (39) was the player with the greatest presence. Turner, who came to the Dodgers on a minor contract in 2014, blossomed his baseball career here. He played as a starting third baseman for the Dodgers for nine years and also played an indispensable role in the team.

Justin Turner was the key leader who led the Dodgers clubhouse atmosphere with pitcher Clayton Kershaw. Team chemistry is always a problem for big market teams with a large number of unique star players, but the Dodgers have not had to worry about it since Turner took center stage. The team united inside and outside the ground to build a strong relationship. Furthermore, he received strong support from the local community for his steady philanthropic activities.

Justin Turner, who did so, is no longer in the Dodgers. Turner, who was released as an FA after the Dodgers gave up the $16 million club option after last season, moved to Boston Red Sox with a 1+1 year guarantee of $15 million. The Dodgers will replace the generation with promising Miguel Vargas at the third base where Turner left.

Justin Turner, who turned 39 years old, showed signs of an aging curve last year. The power value is not the same as before, but the presence in the team was absolute. Dodgers slugger Max Muncy was also worried about Turner’s vacancy in an interview with Dodgers Nation on the 18th.

Muncy said, “The absence of Justin Turner is a big blow to our team. It’s really hard work. He managed everything in the Dodgers clubhouse. Even the small things that others don’t know well, the influence on the team was so great. Everyone talks about the chemistry of our clubhouse, and most of it is thanks to Turner,” he said.

Someone should fill this place as the spiritual pillar has disappeared. There are star players such as Mookie Betts and Freddie Freeman who have joined the Dodgers as FA in recent years, but Chris Taylor (33), a domestic and foreign super utility, was cited as a substitute.

The U.S. “Clutch Point” said, “Taylor is not only a favorite player for Dodgers fans but also a respected member of the clubhouse. Star players such as Freeman and Betts also recently attended Taylor’s charity golf event. He is no stranger to doing good for the community. “I’ve been with the Dodgers since 2016,” Taylor, who moved to a trade from the Seattle Mariners in June 2016 and has been with the Dodgers for eight years, expected him to be the second Turner. Among Dodgers fielders, backup catcher Austin Barnes (9 years) is the only player who has been on the team longer than Taylor.

Taylor, who has a total annual salary of $41 million for three years until 2025, was also considered a candidate for this off-season trade in order to reduce the Dodgers’ luxury tax. However, Muncy stressed Taylor’s need, saying, “Trading Taylor to our clubhouse, which has been hit by Turner’s absence, does not help.” Taylor, who had a batting average of .221 with 89 hits, 10 home runs and 43 RBIs in 118 games in the aftermath of a left-footed fracture last year, is expected to be the new center of the Dodgers clubhouse where Turner left.