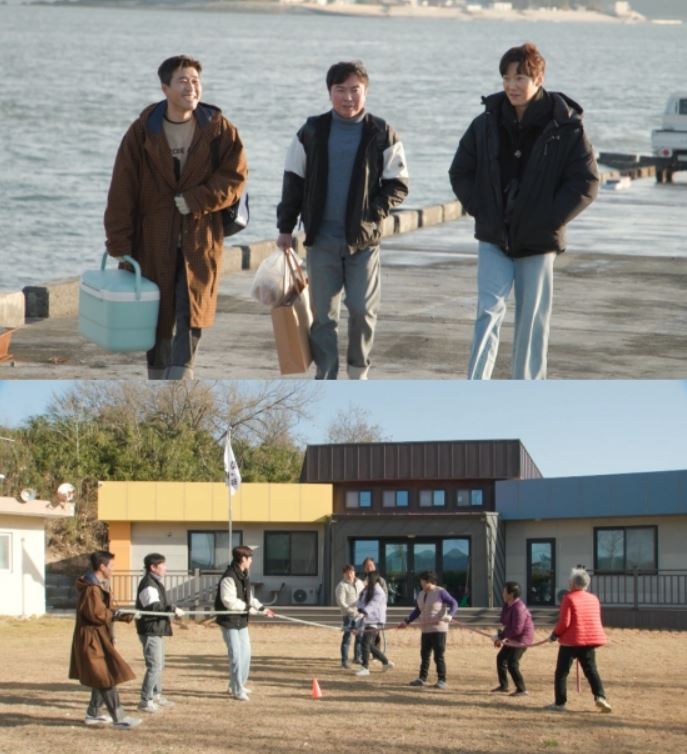 The physical education class of “Beyond Imagination” by Lim Won-hee, Kim Jong-min, and Choi Jin-hyuk, who became teachers of the island village in “My Little Old Boy,” will be unveiled.

According to SBS on the 6th, Lim Won-hee, Kim Jong-min, and Choi Jin-hyuk visited a small island called “Gopado,” which has no restaurants or supermarkets, in the recent recording of “My Little Old Boy.” I visited the last graduate of the Gopado branch school.

The three drew attention by holding a special sports day for graduates who have not received physical education classes properly so far because they do not have students of their age. Moreover, for the sports day, the village head and grandmother three musketeers appeared, adding fun and touching.

In particular, even though the head of the village is younger than Im Won-hee, it was revealed that he already has a grandchild, making “solo” Im Won-hee more pitiful.

The three were also treated to a grandmother’s table even though they were hungry. During the meal, the head of the village arranged a sudden blind date for Im Won-hee, saying, “Aren’t you lonely?” and excited Lim Won-hee. However, soon after, a huge twist of the blind date girl was revealed, raising questions about what the blind date girl would be. It will air at 9:05 p.m. on the 8th.