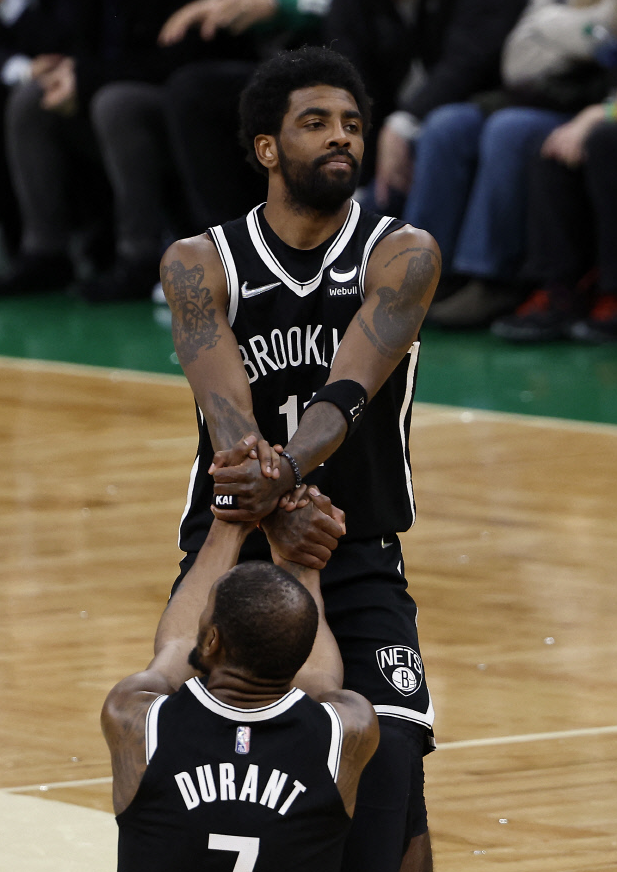 The NBA’s hottest news in the past week has been Irving, 30. The reason is that Irving was in charge of the 2022-2023 season. It was an option for players with an annual salary of $36.5 million (47.1 billion won). The decision had to be made by the 30th (Korea Standard Time). There are two ways to leave the Nets. It is to ask for opt-out and sign & trade with the club. Signs & trades are not affected by salary caps. This is the background of rumors of a transfer to the LA Lakers.

If Irving leaves, forward Kevin Durant’s future will also affect, causing the Nets’ power to fall out of control. Ben Simmons, a guard who moved to the 76ers of Philadelphia, can’t win.

Irving is a basketball genius. He is 188 centimeters tall and has the best breakthrough and shooting ability. After completing his freshman year at Duke University in 2011, he was named the Cleveland Cavaliers as the first overall draft pick. But he is a very selfish player.

He won the NBA title with LeBron James in 2016. After winning, he asked for a trade, saying, “I don’t like LeBron’s second-in-command,” and left for the Boston Celtics in the 2017-2018 season. I’m good at basketball, but there are more fans who hate it. During the Eastern Conference playoffs against Boston, he was severely booed by TD Garden fans and fined for finger abuse. In the COVID-19 pandemic situation, he refused to be vaccinated and missed the game with an annual salary of $17 million.

Last season, the Nets dreamed of winning the Kevin Durant-James Harden-Kailey Irving Troika system. The Nets have only made it to the finals twice. But the dream troika didn’t come true. The club gave Harden to Philadelphia and received Simmons. At this time, experts predicted that Philadelphia would be advantageous for now and that the Nets would be a big gain in the long run, but even this was wrong. Simmons did not play a game after the trade. I’m curious about your performance in the 2022-2023 season.

The Nets have emerged as a strong contender for the Eastern Conference with Irving’s current. Kevin Durant is still an All-Star. In the first round of PO last season, he was swept by the Celtics, which advanced to the final. Irving has played in only 29 games. It averaged 27.4 points, 4.4 rebounds, and 5.8 assists. The success rate of 3-pointers was 41.8%, which is very high.

With Irving’s Nets remaining, Los Angeles Lakers Westbrook also chose to stay for $47.1 million (60.8 billion won) a year. Naturally, Irving’s move could turn it into a nest in Westbrook. Westbrook, 33, has become a public enemy to Lakers fans in his worst season since he moved from the Washington Wizards last season. The average score is 18.5 points-rebound 7.4-assisted 7.1. 코인파워볼

The Lakers, whose PO was even frustrated two years after winning the 2020 bubble, have an annual salary of $129.519,186 (1672 billion won) for three players, Westbrook, LeBron James and Anthony Davis. The biggest obstacle to strengthening off-season power is the annual salary of three people. The NBA free agent contract starts on July 1.