James Harden, who’s back after a long time, lost in a slump 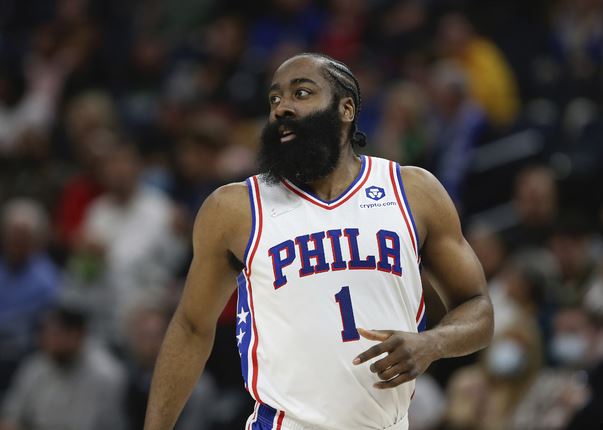 James Harden, who’s back after a long time, lost in a slump

Philadelphia, which had been suffering from bad news of injury, is slowly returning its players after enduring a period of patience. Following Joel Embiid, who had already made a comeback, James Harden played his return match on the same day.

Jane’s Harden, who suffered a tendon injury, has been sidelined for the last time in a game against Washington on Nov. 3. With the return of Harden, who can score and coordinate the game, Philadelphia could put down its worries about the game management.

However, Harden, who made a comeback against his old team Houston, did not meet expectations, perhaps because of his sense of play. He scored 21 points and 7 assists, but failed 17 out of 21. He also committed seven turnovers.

Harden, who had been in trouble from the beginning, mainly scored through free throws. Although he succeeded in making a three-point stepback shot that tied the score at the end of the fourth quarter, Harden’s sense of shot did not revive.

Philadelphia, where Harden was silent, was dragged to Houston, a relatively weak team, despite the hard work of Embiid and Tobias Harris. In the end, he led the game to extra time, but failed to bring victory in the first extra time. Rather, Embiid was hit hard by six fouls.

Harden, who committed a turn-over early in the second extra time, was not put back in after being replaced by Sheikh Milton. It is seen as an option for management as he has already recorded nearly 38 minutes of playing time in his return match. Without both Harden and Embiid, Philadelphia was eventually defeated by Houston.

Philadelphia, which has lost three games in a row, is barely maintaining its winning rate of 50% with 12 wins and 12 losses. For the rebound, it is important for Harden to get in shape quickly. Will Harden, who made a disappointing comeback, look different in the game against the Lakers on the 10th?