Jin Hae-sung said, “If you don’t get a heart because of me… 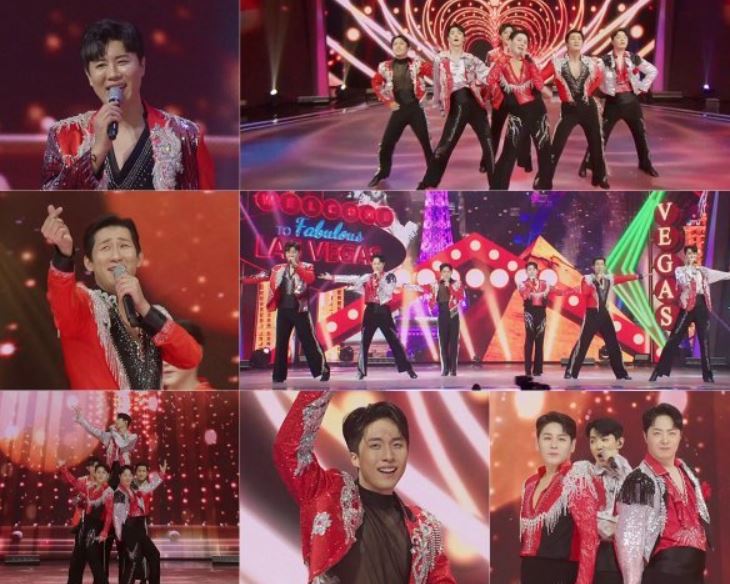 “Mr. Trot 2-The Beginning of a New Legend” raises expectations by unveiling the stage of the team’s mission winner in the first round of the finals as a “taste.”

TV CHOSUN’s “Mr. Trot – The Beginning of a New Legend,” which will air on the 12th, will feature each department that passed the master preliminary examination and entered the finals in earnest. Unlike other departments mentioned above, the winner of the “Avengers Group” team mission by genre raised questions with a somewhat sluggish appearance.

Only two players, Na Sang-do and Park Se-wook, recorded all-hearts in the master’s preliminary trial, and Jin Hae-sung, Jae-ha, Ahn Sung-joon and Oh Joo-joo, who had been expected to advance to the finals, are in desperate need of a recovery of pride. The winning team, which chose a major twist to overcome the crisis of its life, will put down its main events, orthodox, semi, and dance for a while and boldly challenge the new genre, Latin Trot.

The six players, who are united as the strongest team work to prove the robustness of the championship along with new looks that have never been seen before, face another problem while continuing their hard practice for All Hearts. Jin Hae-sung said, “If you don’t get any hearts because of me, everything will be broken.”He reveals his full of worries, and he makes people feel sorry by sweating until late at night for practice.

The goal is All Heart, and viewers’ expectations and interest are exploding to see if the winner, who has nowhere else to step down, will be able to recover his pride.