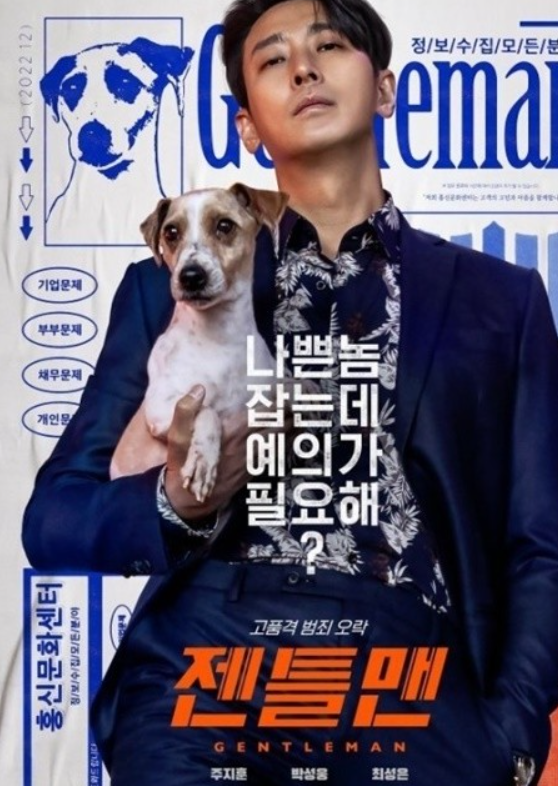 A criminal entertainment film has been released that will decorate the end of the year pleasantly and pleasantly. It’s “Gentleman”.

“Gentleman” is a criminal entertainment film in which Ji Hyunsoo, the president of Heungshinso, pretends to be a prosecutor to find a missing client with a 100% success rate, and pursues bad people without regard for illegal or legal reasons. It depicts the unique setting that CEO Heungshinso, who was caught in an unexpected incident, will pose as a prosecutor to clear himself of the false accusation, and the process of punishing an unwarranted bad guy who commits an ugly crime.

The movie starts with Ji Hyun-soo, the president of Heungshinso, on the verge of being driven into the criminal because something went wrong where he went to act as his lover, and at that moment, he changed his identity with the prosecutor who came to catch him.

Furthermore, Joo Ji-hoon, who returned to the screen for the first time in four years, shows off his unique charisma while showing off his acting skills.

Park Sung-woong played the role of vicious large law firm conglomerate Kwon Do-hoon, who has played a villain in many works. Accordingly, he introduced himself as “a villain with a different texture.” As if to prove this, he shows a slightly different villain in this work. Rather than getting angry unconditionally, Park Sung-woong secretly shows cruel behavior, and in the scene where he cries as if he is smiling at the end, he gives goosebumps to the viewers.

Choi Seong-eun, the only woman in the movie, played Kim Hwa-jin, a demoted self-righteous prosecutor. He is dressed in a suit with neat bobbed hair and confronts Ju Jihoon and Park Sung-woong. It is eye-catching that he is calm and sometimes does not care about water or fire for justice.

The movie depicts the process of punishing bad guys from various angles. It is exhilarating to see a group of evil that is not likely to be beaten at once.

However, it may be somewhat obvious because it has a structure of good and evil, but “Gentleman” repeatedly reverses the reversal and makes you unable to take your eyes off it until it is over.

Meanwhile, “Gentleman” will be released on the 28th.