Jung Ga Eun life is nothing special.A person who suffers.. 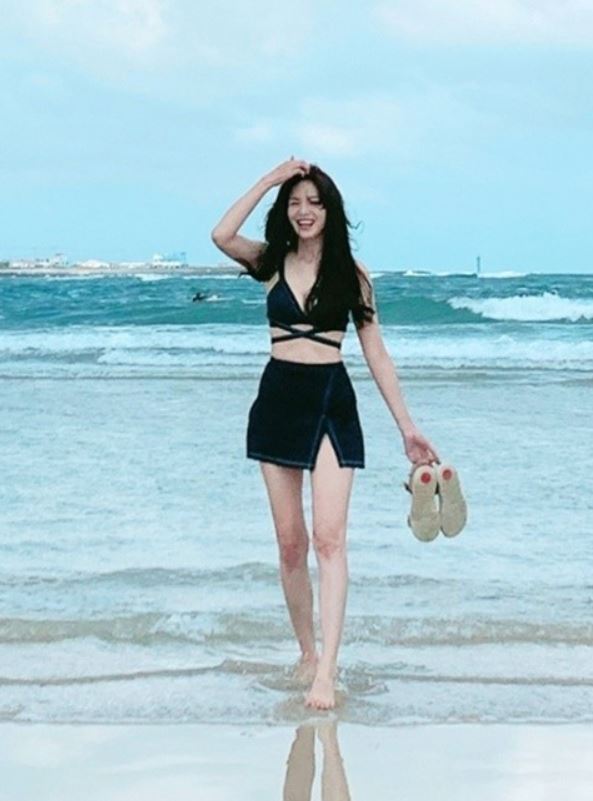 Jung Ga Eun life is nothing special.A person who suffers from parental debt, male betrayal…”It’s similar to my life. I agree”

Broadcaster Jung Ga-eun expressed her feelings and aspirations by challenging the leading role of the screen with the movie “Life Without a Big Thing.”

Jung Ga-eun plays the main character Lee Sun in the movie “Life without much” (director Seo Dong-heon), which is set to be released on the 12th.

“Life without much” is a time-slip fantasy melodrama about Lee Sun (Jung Ga-eun), who left for the past just before she died, trying to find love again by facing her old lovers.

Jeong Ga-eun said, “I’ve been active in many fields, but I’ve never tried the field of film. “I happened to have a chance, so I decided to appear without any hesitation,” he said. “I thought the life of Lee Sun, my character, was similar to me in the movie.” “I could concentrate more because I could relate to everything about him,” he said.

Regarding the character Lee Sun, which she played, Jung Ga-eun said, “I try to make the wrong choice of camouflage suicide at the beginning of the play, but I am a self-directed person who tries to overcome it alone in any difficult situation.” “I tried to solve many problems by myself, but I was most worried about Lee Sun’s feelings in a situation where I had no choice but to make the wrong choice of disguised suicide, such as debt left by my mother and betrayal of men I trusted,” he said.

Regarding the difficulties at the time of filming, he said, “In fact, Lee Sun’s age in the drama was in her 20s, so the tone and sensibility of the generation were a little difficult. However, the coach led me a lot, so I trusted and followed it as it was,” he replied.

In particular, Jung Ga-eun is drawing attention with her bikini-wearing scene in this work. He even pulled off a shocking kiss scene.

He said, “When I heard that there was a bikini scene, I immediately went on a diet. It was hard, but it was a new challenge for me, so I went on a diet happily. “As a result, I succeeded in losing 6kg,” he said.

In addition, “It was my first time to do a deep kiss scene, so I was worried about how much I should do it. Thankfully, I was able to finish it in a fun way because the other actor led it well and the atmosphere of the scene was good,” he thanked the other actor.

Finally, Jeong Ga-eun said, “I think Lee Sun is a new character that was nowhere else. So rather than referring to other acting, I tried to express my feelings as they are, he said. “The movie contains a message that no one’s life is insignificant and nothing much to see.” “I think those who have resentment and regrets about life will be able to see it more meaningfully,” he said, expressing extraordinary affection for the work.

In addition, he said, “I hope you feel how beautiful and precious each life is after watching the movie.”

“Life without much” will be released on the 12th.