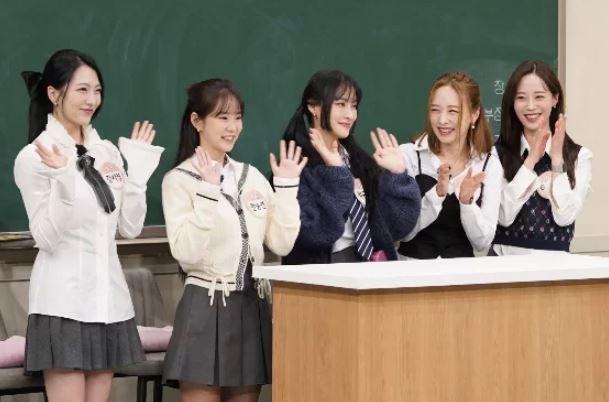 Kang Ji-young and Heo Young-ji had a cute argument over the youngest position.

On JTBC’s “Knowing Bros,” which will air on the 3rd, Kara will appear as a whole.

Kara will deliver a variety of episodes between the members as well as her special relationship with the “Knowing Brothers” brothers.

When the brothers asked, “Is this the first time that the five of you have gathered?” Leader Park Gyu-ri said, “Nicole, Kang Ji-young, and Heo Young-ji have never worked together because of different times of activities.”

In response, when the brothers were curious, “Does the youngest have any privileges?” Kang Ji-young and Heo Young-ji reveal an anecdote that they enjoyed the youngest’s privileges, saying, “The sisters generously give it to me.” Rumor has it that the two went to Nicole’s house and drank as much as they wanted, drawing laughter from those who enjoyed it.

In addition, Kara perfectly performs a sly skit performance from a medley of hit songs that recall memories and reveals a great sense of entertainment.