Kara, the comeback of the entire group in 7 years and 6 months… 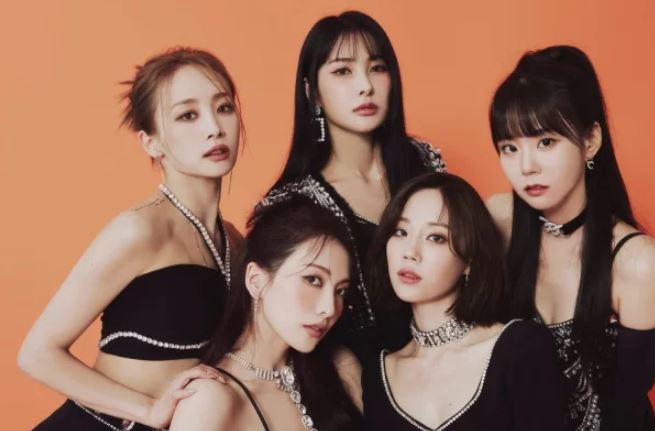 Kara, the comeback of the entire group in 7 years and 6 months…Even the hit songs are climbing the charts

The group KARA, which returned as a full group to commemorate the 15th anniversary of its debut, showed off its unparalleled presence.

Kara (Park Gyu-ri, Han Seung-yeon, Nicole, Kang Ji-young, and Heo Young-ji), who released their special album “MOVE AGAIN” on the 29th of last month, poured out numerous records at the same time as their comeback. The title song “WHEN I MOVE” topped the Bugs real-time and daily charts, a major music site in Korea, shortly after its release. The song remains at the top of the real-time charts of Bugs, Melon, Genie, and Flo.

Kara also performed well on overseas charts, showing off the unwavering dignity of the “Korean Wave Queen.” “WHEN I MOVE” was also ranked at the top of the Japanese iTunes K-pop song chart, album chart, and music video chart.

In particular, global fans are enthusiastic about Kara’s comeback stage. Kara, who rose to the “2022 MAMA AWARDS,” drew attention by performing a medley stage of her hit song with “WHEN I MOVE.” After the broadcast, the hashtag “#KARA” ranked second in real-time trends on Twitter around the world, and Kara’s all-time hits such as “Lupin,” “STEP” and “Mr” are climbing back on the domestic music charts.

KARA started KBS2’s “Music Bank” on the 2nd and MBC’s “Show” on the 3rd! “Music Core” and SBS’ “Inkigayo” appeared on music shows for the first time in a while, overwhelming the stage with Kara’s energy and colorful performances. In addition to adding a variety of attractions with individual and pair choreography, the five members’ rich facial expressions, gestures, and excellent speed control announced the splendid return of the “second-generation representative group.”

In addition to music programs, Kara appeared on various entertainment programs such as “Killing Voice,” “IU’s Palette,” and “Civilization Express,” including JTBC’s “Knowing Bros.” In addition, as the entire group stood in front of fans for the first time in about seven years and six months, including the “WHEN I MOVE” dance challenge on Kara’s official TikTok account, it created warmth by delivering extraordinary fan love through various promotions.